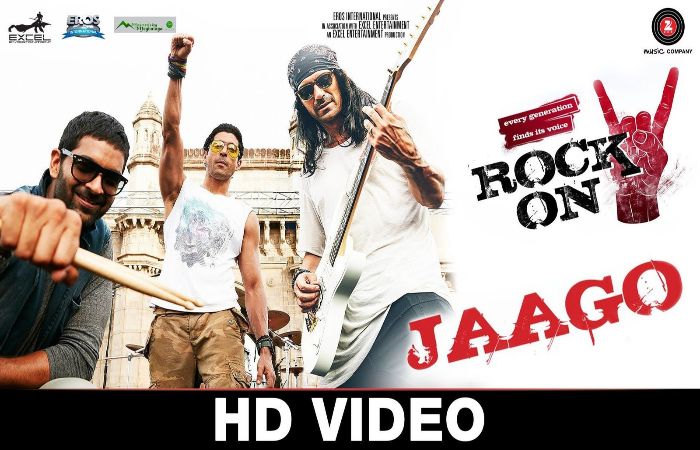 The filmmakers have released its first track JAAGO – the track really giving the exact the Feel of ‘Sadda Haq’.

The lyrics of the song motivates the youth with its extreme impacts, giving the complete feel of ROCK music.  The vocals of the two great singers Siddharth Mahadevan and Farhan Akhtar are just simply AWESOME!!!

‘JAAGO’ - the song is a bit hard with loud music when heard multiple times the track is very intriguing. You must add in your playlist.

Listen The Lyrical Track - JAAGO From Rock On 2

Rock on 2, the film is the sequel of Rock On!!! Watch the leads of the film Farhan Akhtar, Arjun Rampal and Purab Kohli, who are back in old roles with their band by adding lovely new rocking flavor to it. But this time, Shraddha Kapoor - the talented actress is also singing in the film.

‘JAAGO’ the Soulful and powerful track, the music is given by Shankar Ehsaan Loy from ROCK ON 2!!!