The love life of Dabangg Bollywood actor Salman Khan has always been as much in headlines as his super hit movies. Moreover, if rumors are to be believed then, after Sangeeta Bijlani, Aishwarya Rai and Katrina Kaif, once again, Salman Khan is having a linkup with Romanian model Iulia Vantur.

There is no doubt about the fact that, Romanian model and TV host Iulia Vantur and Salman Khan are a couple now. A few months back Bollywood’s most eligible bachelor Salman Khan apparently introduced Iulia to his family as his girlfriend at his sister Arpita's wedding ceremony.

"Salman and Iulia were always together. There have been rumors linking him to Jacqueline Fernandez and Daisy Shah, but the fact is that Salman is in love with Iulia. She is very comfortable with his family too.”

You may also like: Exclusive: Is Lulia Vantur Salman Khan’s New Girlfriend? 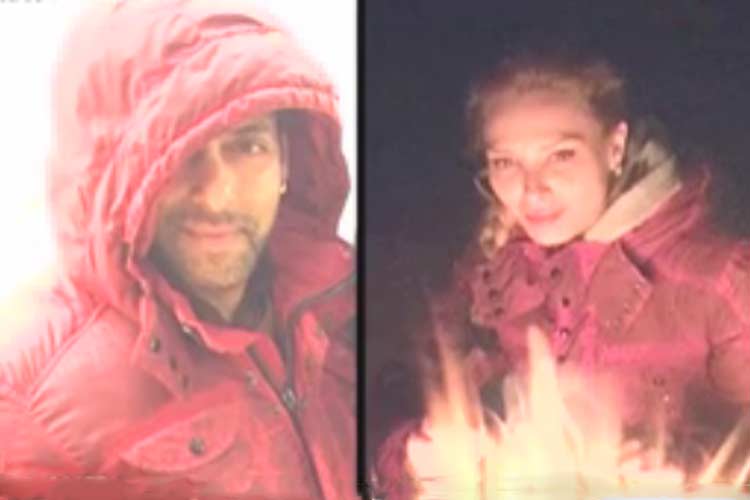 Recently Iulia was spotted wearing Salman Khan's jacket in darkness of the night, during a party held at Panvel farmhouse on the occasion of his birthday. Iulia was sitting beside a bonfire and looking stunning in the darkness of night. Surely she will make a perfect pair with our eligible bachelor of Bollywood Salman Khan.

Iulia Vantur Rubbishes the Rumors of her Linkup with Salman

Meanwhile, the Romanian actress was even spotted with Salman Khan's family enjoying their meal along with his sister Alvira Khan and Salman's associates. TV host Iulia Vantur looked dazzling in black dress seated just next to Salman Khan.

“I travelled to India several times and one of the travelers I met was Salman Khan. He is a good man, loved by many people, and donates a lot of money to the needy. However, there is no question of a relationship between us. We’re just friends.”

Ayushmann Tries 9 Hairstyles to Get into the Look of Hawaizaada

Pics: Emraan and Vidya from the Sets of Hamari Adhuri Kahani!