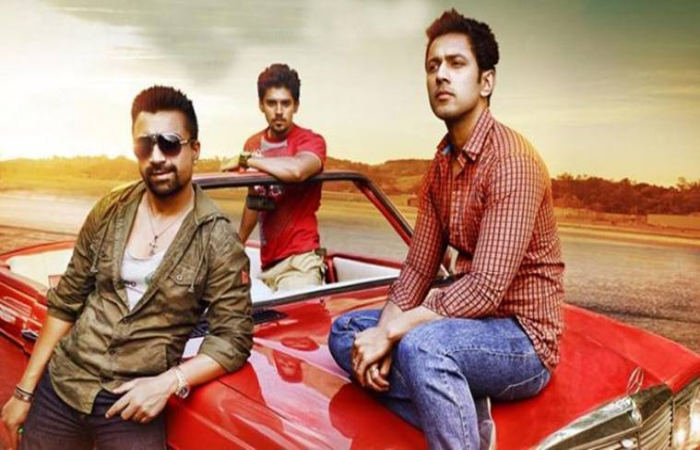 Life Without friend is just like hell but when you have friends who are not less than devils than!!!

Love Day- Pyaar Ka Din the movie s an Indian upcoming drama based on the friendship. The Delhi High Court gave the green flag on Monday to release the film on September 23, 2016. Love Day – Pyar Ka Din is a U/A certificate.

High Court set the film as adult categorized. The film is watched even by the children under the supervision of their guardians/ parents. However the high court placed restrictions on showing certain dialogues in the film.

Love Day – Pyaar Ka Din is an upcoming Comedy Drama the film is based on the friendship of three childhood friends in lead role as Monty (Ajaz Khan), Sandy (Sahil Anand) and Harry (Harsh Nagar). The film is directed by Sandeep Choudhary.

The story is all about three friends three Monty, Sandy and Harry. After 5 years Monty returns with the plan of becoming RICH….what happened next did the plan work or else Sandy and Harry regret about their friendship?

Love Day – Pyaar Ka Din passed under the 16 cuts by Censor Board. It is not for the first time when CBFC involved recently one cut was done of ‘bra’ scene from Baar Baar Dekho and many films like Udta Punjab, Black Friday, spectre and much more.

Let's see how much the film is loved by the audience as Riteish Deshmukh 'Banjo' and Radhika Apte 'Parched' is also releasing on same date .