Over the decades, LGBT community has gained an improved treatment worldwide. It’s still tough to confess such sexual preferences in public especially for those whose careers depend a lot on their public image.

When it comes to Hollywood there are so many who have stepped forward and given their voice for their rights. Here are a few Hollywood celebrities who found themselves different and have been open about this. You would be surprised to see them. 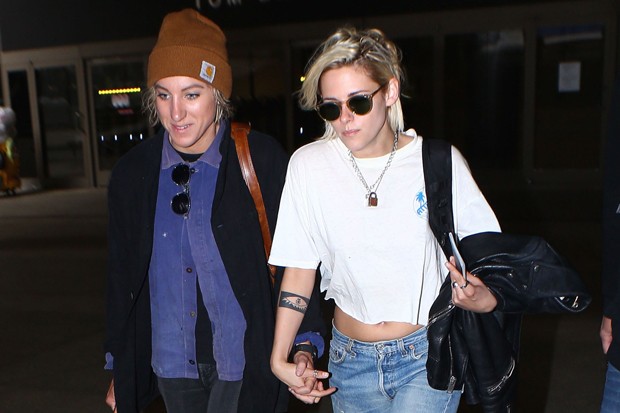 Kristen Jaymes Stewart is an American actress. She received global recognition with ‘The Twilight Saga’ film series (2008-2012). Her other famous films include Zathura, Snow White and the Huntsmen, Equals, Welcome to the Rileys, Into the Wild and many more. Kristen is marked as the highest paid actress in 2012 by Forbes. She is also the face of ‘Chanel’ and ‘Balenciaga’ fashion brands. 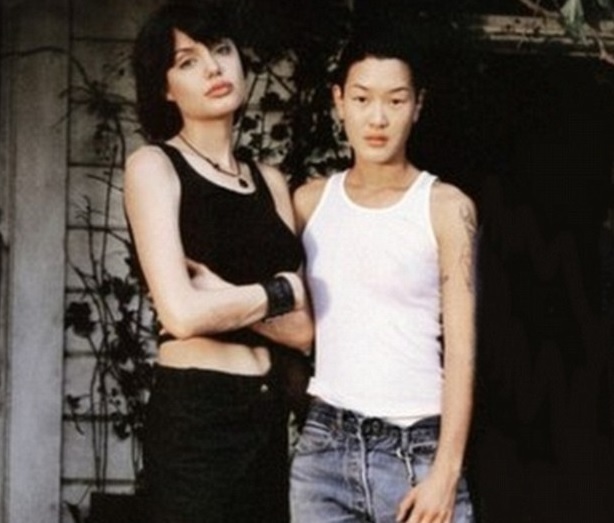 Angelina Jolie is one of the highest paid actresses in Hollywood. She has received many awards including the Academy Award. She is widely known for her humanitarian activities as well.

A few films of Angelina like ‘Gia’, ‘Tomb Raider’ and ‘Girl, Interrupted’ have made her an icon for the LGBT community. Jolie has always been open about her affairs with men and women. In 1996, she began her relationship with model and actress Jenny Shimizu. Angelina gave a statement in an interview about this.

"I probably would have married Jenny Shimizu if I hadn't married [Jonny Lee Miller, her first husband]. I fell in love with her the first second I saw her ... she's great. We had a lot of fun"

They were in relationship for quite many years. Presently, Angelina is married to Brad Pitt. 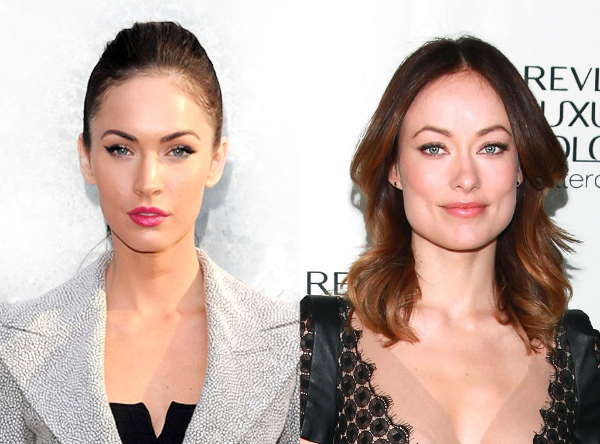 ‘Transformers’ was the breakout role for Megan Fox. Considered as one of the modern sex symbols, Fox does not admit her being a lesbian but she has been open about her same sex attractions. In an interview with GQ, a famous publication, Megan said-

“I decided that I was in love with this girl that worked at the Body Shop. I decided that I was going to get her to love me back, and I went out of my way to create a relationship with this girl, a stripper named Nikita … Look, I’m not a lesbian. I just think that all humans are born with the ability to be attracted to both sexes … I mean, I could see myself in a relationship with a girl—Olivia Wilde is so sexy she makes me want to strangle a mountain ox with my bare hands. She’s mesmerizing. And lately I’ve been obsessed with Jenna Jameson.” 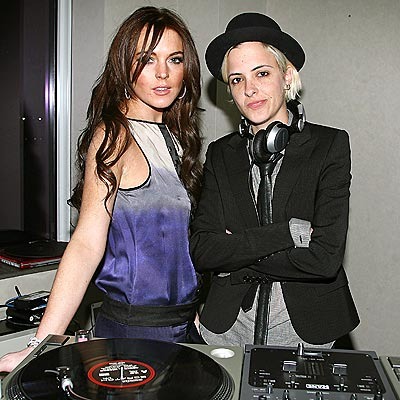 Lindsay is an all rounder in her industry. She is an actress, a model, singer, songwriter, director and producer. Lindsay is a hit figure since the age of three, when she started as a child fashion model. Lindsay Lohan is also an all rounder when it comes to her sexual attractions.

She started dating DJ Samantha Ronson in 2008. She expresses her feelings for this-

“I just wanna live a happy, healthy year, continue on the path that I’ve been on and be with the person that I care about. And my family.”

Although Lindsay broke up with her after 2 years because of the legal troubles she had been facing. 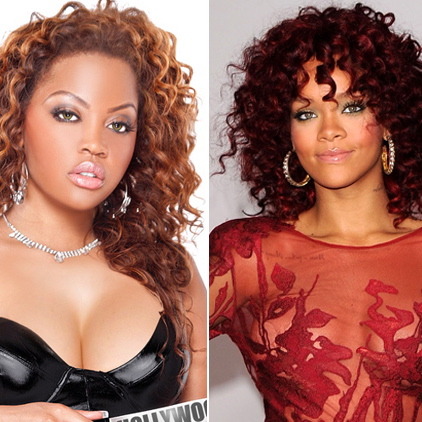 Pop singer Rihanna has won several awards and recognitions worldwide. She was also ranked as the fourth most powerful celebrity as per Forbes in 2012.

In a book ‘Low Down Dirty Shame’ written by Hollywood model and socialite Tajah Burton, she mentioned that she had an affair with a female singer from Barbados. She did not want to disclose the name but she said –

“We had an amazing connection. We would order food in together, we watched TV together, we did all kinds of stuff. It became a sexual thing. It only lasted a couple of weeks because she was very busy and had a lot going on in her life and we had to be secretive.”

Though it was clearly understood that it was Rihanna whom she was talking about. Rihanna hasn’t spoken anything about this but she has admitted that she had the ability to get attracted by both the sexes and called actress Megan Fox ‘yummy’. Rihanna was also rumoured with rapper Nicki Minaj. 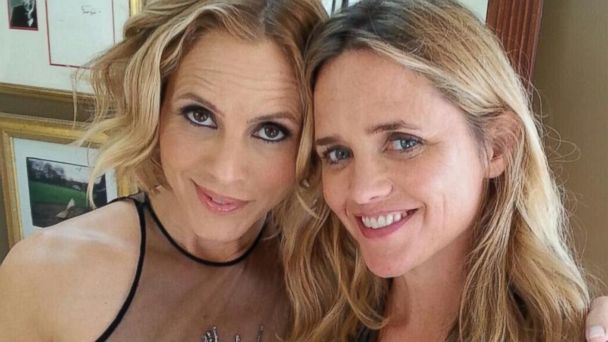 American actress and writer Maria Bello became a bigger name after the spy series Mr. and Mrs. Smith. This gave a kick start to her film career. She has given some great hits like Coyote Ugly, A history of Violence, The Cooler and The Jane Austen Book Club.

She gained spotlight for her personal fronts with her column in the New York Times titled ‘Coming Out as a Modern Family’ describing how she had admitted to her 12 year old son that she was involved with her female best friend. She wrote-

"[My son] looked at me for what seemed like an eternity and then broke into a huge, warm smile. 'Mom, love is love, whatever you are,' he said with wisdom beyond his years."

Maria confesses that she had relations with both men and women. 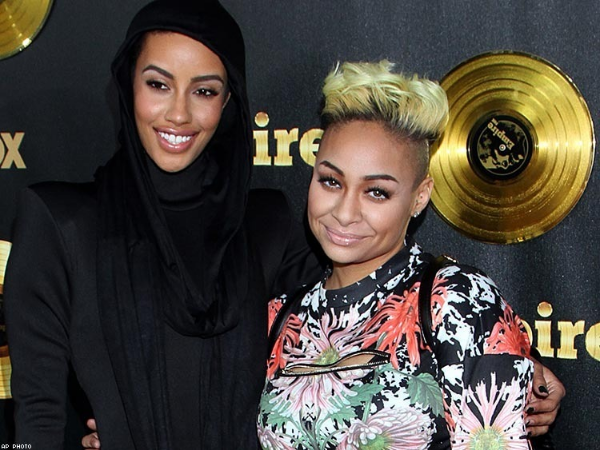 Raven has won audience’s heart with her first television performance as Olivia Kendall on ‘The Cosby Show’ at the age of four. Her fame continued to grow in her Disney Channel series ‘That’s So Raven’. Retiring from this, Symone got herself enrolled at the Academy of Art University in 2013 and made a huge comeback with ABC’s show ‘The View’ in 2015.

“My sexual orientation is mine and the person I’m dating’s to know. I’m not one for a public display of my life.”

In 2015, Symone disclosed about her relationship with AzMarie Livingston but they broke up after three years. 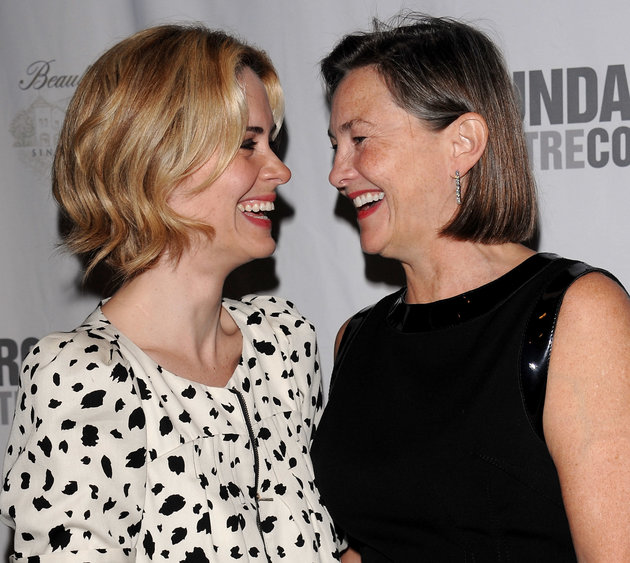 Sarah Paulson had found work immediately after her graduation. She casted in TV series like American Gothic and Jack & Jill and Broadway plays. Sarah has featured in films like What Women Want, Down With Love and Path to War. The 41 year old actress has returned to television again with ‘American Horror Story’.

Paulson started dating actress Cherry Jones in 2004 and by 2007, they confessed it openly. They broke up in 2009 and recently Sarah has been spotted hand in hand with 73 year old actress Holland Taylor. 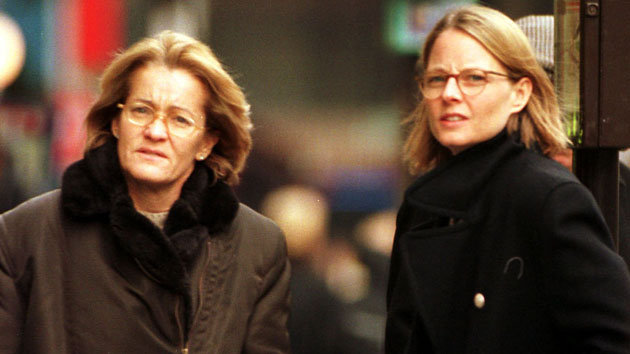 Alicia Christian "Jodie" Foster is one of the best actresses of her generation. She has worked in several TV shows and children's films. Her biggest breakthrough was Martin Scorsese’s “Taxi Driver” (1976) which earned her an Oscar nomination. Since then she has been winning awards for films like The Accused, Silence of the Lambs and Nell.

Foster was accused of being a lesbian in 1990. She acknowledged the rumours seven years later during an event. Already in a relationship with Cydney Bernard for 11 years during that time, everyone is familiar with her sexual preferences without her ever using the words ‘gay’ or ‘lesbian’. 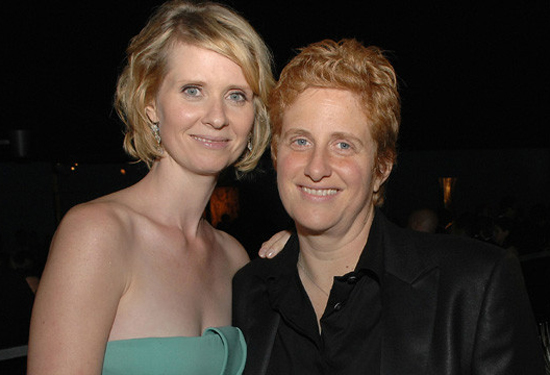 Cynthia Ellen Nixon is well known for her role of Miranda Hobbes in the HBO series “Sex and the City”. Nixon largely surprised her fans in 2004 for her break up with Danny Mozes with whom she had two children. Cynthia Nixon began dating education activist Christine Marinoni.

"I don't really feel I've changed. I'd been with men all my life, and I'd never fallen in love with a woman. But when I did, it didn't seem so strange. I'm just a woman in love with another woman."

In April 2009, they got engaged and married in May 2012. Cynthia has been supporting the legalization of same sex marriage or lesbian marriages in Washington, Marinoni’s home state.

For more Hollywood updates stay connected and do comment your views in the section below.