Director Sanjay Gupta forthcoming flick Kaabil featuring Hrithik Roshan and Yami Gautam in lead roles is all about to release by the next year 2017. Recently it has been buzzed that the second schedule for the shooting has been started by the actors.

Well, it would be amazing to see this adorable pair on screen for the first time. Just now the actor’s fan club has posted the pictures of the duos holding hands together from the sets and this is going viral on the net. Looking at this picture we could imagine that the stars are shooting a romantic scene. 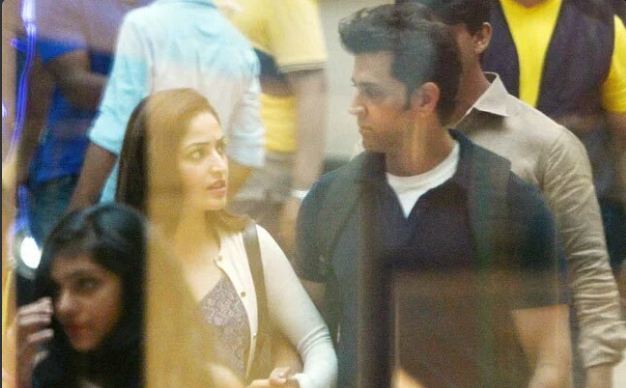 Kaabil movie has already excited the fans due to its release date, as the film will have a release on the same day of Shahrukh Khan’s movie Raees’. According to the sources, a few days back SRK’s was spotted entering HR’s house to have a talk on the release dates, but no conclusion about the release is declared yet. Now it will be interesting to watch both the stars on silver screens on the same day, let’s see who will rule the box office collection.

Also Read: Hrithik Roshan’s Next Release Kaabil is Out For First Look