Previous Miss Universe ‘Lara Dutta’  was expected to make a comeback in Bollywood after 3 years maternity break with the film ‘Chalo China’, the sequel of her first home production movie ‘Chalo Dilli’. However, the beautiful Bollywood actress would now make her comeback with ‘Abhi Nahi Toh Kabhi Nahin’, produced by her husband, tennis champ ‘Mahesh Bhupathi’.

The movie is reportedly said to be a never seen before family drama in which Lara Dutta would be seen romancing intense actor ‘Kay Kay Menon’.

The film ‘Abhi Nahi Toh Kabhi Nahin’ will be shot extensively in picturesque Darjeeling and will go on floors this year in December.

You may also like: Which Bollywood Actresses Looks Hot in Swimming Costume? 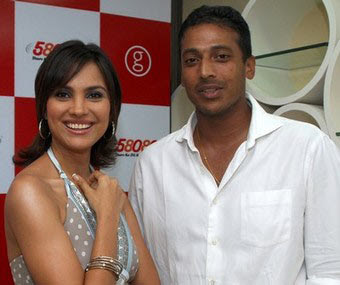 "They're like a couple straight out of a romantic novel, lots of sparks and nok jhok."

"There are five heroes and four heroines, only Rajeev has no partner.”

According to reports, Pankaj Kapur and daughter Sanah are also a part of the cast. The director unveils that Himansh Kohli will play Sanah's lover in the movie.

She (Jyothi) also added- "They play carefree teenagers in love who haven't entered the real world yet.”

"I was impressed with his off the cuff one-liners during the script-reading session. He got under the skin of his character with just a few lines, he's so intuitive."

Get more updates about Lara Dutta movies from Bollywood Movies.

Exclusive! Kareena Kapoor from the Sets of Bothers Movie