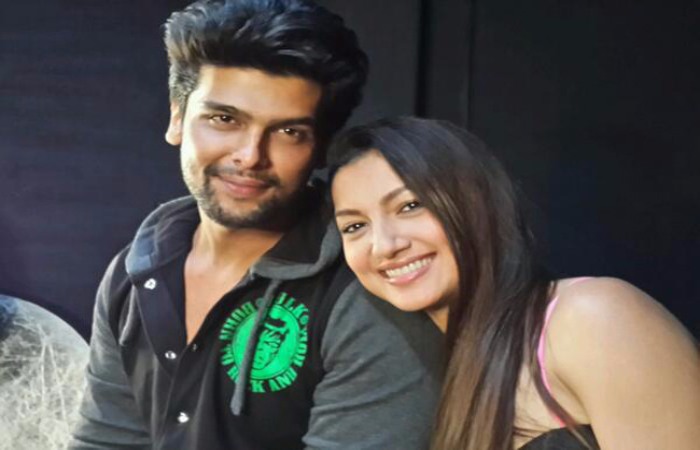 Exes can learn from Hrithik and Sussanne how they could be friends even after a big fight. HR and Sussanne are not the only examples in the town who are living like mature guys after the breakup.

We just got another couple who broke up and still praise each other. Talking about Bigg Boss couple Gauhar Khan and Kushal Tandon, the actress recently posed very seductively for stardust magazine donning a crop top and denim shorts. Picture was clicked by Haider Khan who made Kushal all insane and expressed his feelings with a insta post.

Gauhar Khan also thanked him for such a lovely post on twitter. After being in a relationship the fans even named them as ‘Gaushal’ but unfortunately, the couple broke up without giving a reason. They even didn’t talk for a while, but later the things went normal and they believed it is good to be friends with each other.

Earlier Kushal said in an interview –

I believe in letting bygones be bygones. I know it is difficult to be friends with your past (relationships/exes) but if there is a way to be friends, then it is better that way. We had a chat and sorted out our issues. Yes, things are cordial now.”

Bigg Boss ex-contestants Kushal Tandon and Gauhar Khan patched up in September and the relation between them is all sorted out as they are friends again.

Stay tuned and watch this space for more Bollywood gossips and stories.