The kidnapping track in Zee TV’s much famous show Kumkum Bhagya is now taking a deadly turn. Where Abhi and Pragya are trying to escape from the kidnaper’s den on the other hand, Neel is not letting them be successful.

After fighting with the goons, now Abhi and Neel are playing with gun, the gun turning from their hands eventually lands in the hand of Neel. Simultaneously when Neel head towards shooting Abhi from the gun, he comes to know about the police force, to be approaching nearer.

Lol! Neel and Pragya Fights to Make the Goons Escape Them 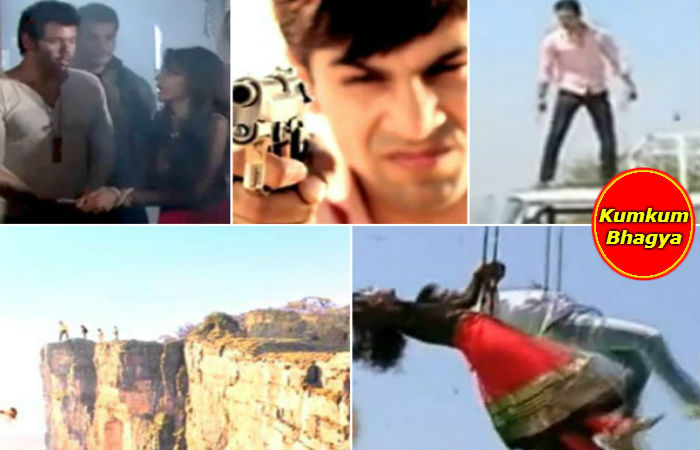 You may also like: Kumkum Bhagya: Neel Points Gun on Abhi to Shoot Him!

Neel who was just about to kill Abhi and Pragya, gets compelled to run from the place due to police, however as he doesn’t wanted to leave Abhi and Pragya in Kumkum Bhagya, thus he takes both of them together. On the way to the other place with Neel, both Abhi and Pragya start fighting with each other, as a plan. However, their plan to irritate the goons falls head over heels and the goon instead tie their mouth to make them quite.

Here, Purabh reaches near them he calls Pragya and Abhi’s names however due to the warning of the goons they both rest quite and avert doing any movements. 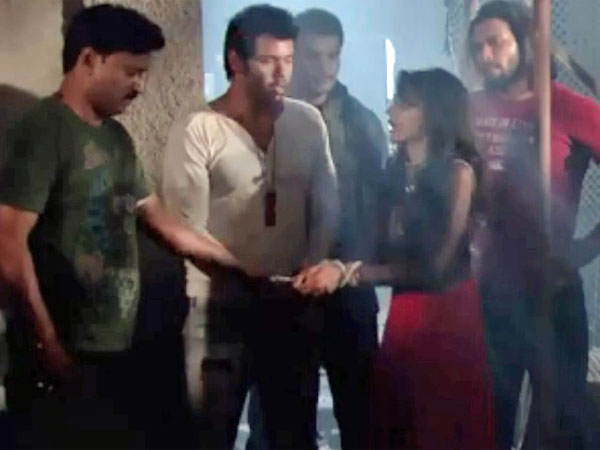 Well we have learnt that, apparently Pragya and Abhi would manage to escape from the hold of kidnappers in the upcoming Kumkum Bhagya episode. However, dodgy Neel would shoot Abhi to make them stop. Well, here the twist comes; Pragya would come in between and would take the bullet on her to save her love!