Kumkum Bhagya written update episode no. 270 of 23rd April 2015 starts with Abhi is thinking why he actually likes Pragya and recalls the movement when he hugs his wife Pragya. Apart from this Pragya along with Purab and Abhi reaches to Bulbul’s room to but to see her sister in such condition she starts crying.

To hear Pragya’s voice Bulbul suddenly wakes up and recalls the car accident. She then asks if Neil is caught Abhi says and everyone gets happy. Purab then gets emotional to which Abhi says take Bulbul to a temple and marry her now. But Bulbul refuses because she wants to dance in her marriage and at present she can’t dance with broken legs. To hear this everybody laughs. 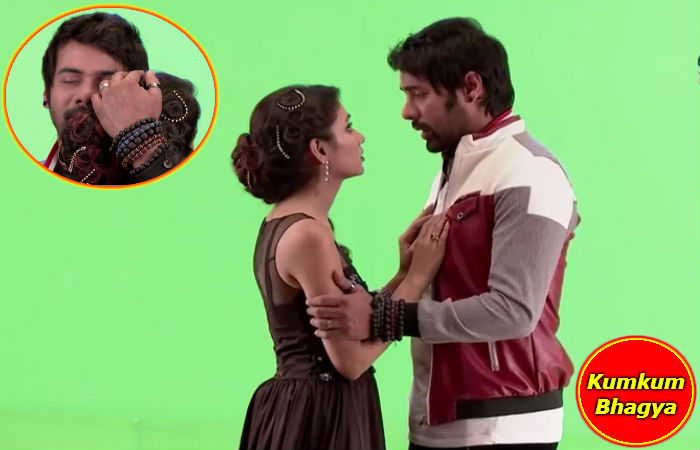 After that Pragya (Sriti Jha) goes back to home and sees Bunty is sitting alone. Then she insists Bunty to play cross words with her and if he wins she will give him some chocolates. On the other side Abhi hears their conversation and tries to help Bunty but Pragya sees him and starts fighting. Bunty asks them to stop fighting and give him chocolates. To which Pragya says she will get it when Robin comes back to home.

Purab goes to Bulbul’s room to see her to and says that he could not able to unite Abhi and Pragya. Bulbul then suggests him to push Abhi and Pragya in a room and lock them from outside. But Purab refuses to do so and their nok jhok starts. After some arguments Bulbul gets angry but Purab gives him a pillow which says I love you and hugs her.

Apart from this, Purab asks Aaliya to help him to unite Abhi and Pragya. Meanwhile, Tanu hears their conversation and shouts on Aaliya because she is helping her enemy instead of her friend. To Aaliya convince her that this is her plan unite Abhi and her.

On the other side at home Pragya bring milk for Abhi but he sees the milk is without ice and turns to scold Pragya. Suddenly Pragya also turns and by mistaken milk falls on Abhi face. In the upcoming episode of Kumkum Bhagya serial you will see Abhi gets angry on Pragya.

Karishma and Upen Tops the First Episode of Nach Baliye 7