Kumkum Bhagya written update from the episode aired on 27th April 2015. In the latest episode of the show, a lot of interesting things happened. Seeing Pragya in a dangerous situation, Abhi gave her hand to her, at the same time expressing his emotions for her.

Kumkum Bhagya Pragya was stuck in the Balcony, to save her Abhi finally proposed her saying that she saved her life and now it’s his turn. To pull Pragya, whose legs were fixed, he said that he needs her and won’t be able to live without him. Pragya step towards Abhi hearing so and hold his hands. 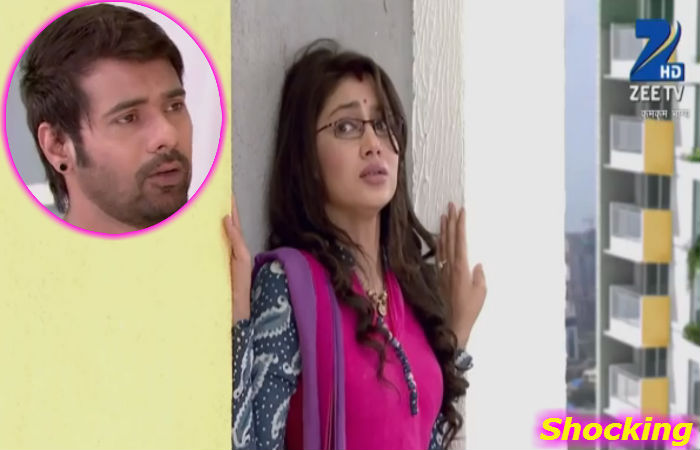 Finally, the two falls over each other on Purabh’s bed and hugs each other in Kumkum Bhagya serial. Out of happiness Purabh let’s sleep that their plan finally worked out. Hearing the truth, Abhi gets shocked. He denies that he does not love Pragya and did all this just to save her. Further, fumed Abhi yells on Pragya to, get out of his life. Here Purabh tells the situation to Bulbul, who becomes angry on Abhi for yelling on her sister.

Pragya walks out on the road in tears almost meets an accident, on the other Hand Abhi is also nervous. He also almost rams a person on road. After reaching home, Abhi talks to Daadi that he is feeling bad. Daadi understands his trouble and says that it happens in love. This makes Abhi think that is he really in love?

In the upcoming episodes of Kumkum Bhagya serial, we would get to known, would Abhi understand his true feelings for Pragya?