The bestselling Indian writer Chetan Bhagat could be these days seen judging or rather aggravating the contestants of the reality celebrity dancing show Nach Baliye 7. Former the success of his four novel adaptations, the fifth one ‘Half Girlfriend’ is all set to land on the silver screens.

There have been loads of speculations about the female lead of the film, since the announcement of the title. Moreover, if the latest reports are to be believed then its Kriti Sanon, the lucky lass from Bollywood, who would become the lead character, Riya Somani in the film. The actor whose Half Girlfriend, Kriti would play is apparently her Dilwale movie co-star Varun Dhawan!

The film is a passionate love story that gyrates around the character of a Bihari boy ‘Madhav’, who falls in love with a high-class girl. The girl being not sure about the relationship becomes his Half girlfriend.

One time, there was much guesswork that the ‘Highway’ actress Alia Bhatt would play the lead in the film post working in one of Chetan’s film adaptation ‘2 states’. However, now the rumors have it that it’s Kriti and Varun who would be the part of the project. Nothing about the actors have been confirmed yet, however the director who would been helming the film is confirmed and it is none other than ‘Ek Villain’ and Aashiqui 2′ director Mohit Suri. 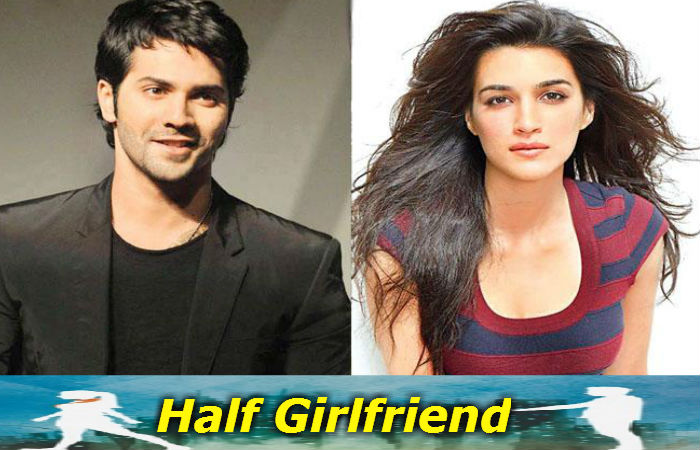 Since Kriti Sanon was present at the launch of the book, thus there is hearsay that she would be the lead in the film. The film will be produced by Ekta Kapoor however she seems not willing to reveal the names of the leads for now. As far as Half Girlfriend movie is concerned, the film would go on floor somewhere in June or July as it’s in its scripting stage for now.

Well we would say that Kriti is having a stroke of luck these days as many filmmakers are willing to rope in the actress in their project. Besides Dilwale movie and Half Girlfriend there are speculations that she has being considered for MS Dhoni biopic amongst the other actresses to play Dhoni’s wife Sakshi, opposite Shushant Singh Rajput.

Varun Dhawan and Kriti Sanon From the Sets of Dilwale Movie

Well Varun Dhawan and Kriti Sanon’s first Bollywood film together i.e. Rohit Shetty’s Dilwale movie starring Shahrukh Khan and Kajol has kicked off its shooting. The two have even wrapped up the first schedule of the film in Goa. Also co-star SRK who was on a break post wrapping up his fan gave a surprise to both the actors during their shoot in Goa. The actors took a lot of selfies with the cast of the film, which they shared with their fans via their twitter handle. Rohit Shetty being Rohit Shetty, would most likely shoot some high octane action sequences for the film in the beautiful picturesque of Goa in the backdrops of palm trees. 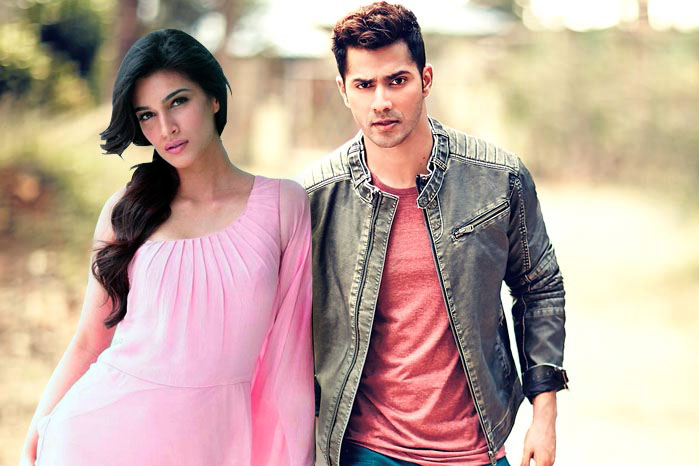 The Heropanti actress has also been zeroed in for director Raj Nidimoru and Krishna D.K’s film Farzi, opposite the charming Shahid Kapoor. Farzi also stars Nawazuddin Siddiqui in a never seen before avatar.

Meanwhile, Varun Dhawan upcoming movies include ABCD, which is all set for release, and there are Dishoom and Dilwle as well in his kitty.