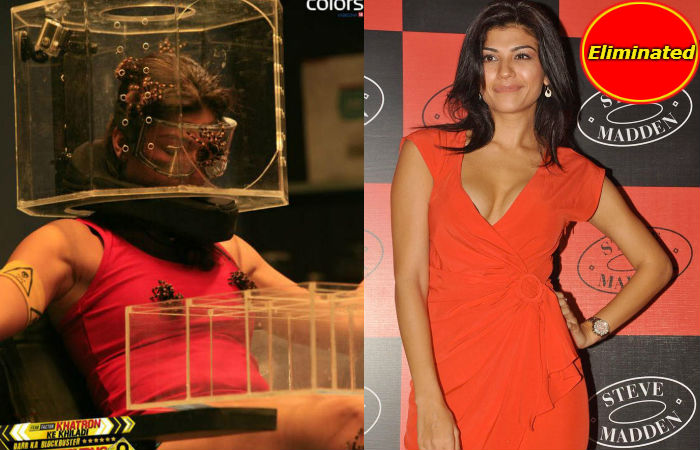 The Khatron Ke Khiladi contestants Meiyang Chang- Ashish Chowdhry, Iqbal Khan- Archana Vijaya were paired up for the first task. In which, Iqbal and Archana took 8 minutes to finish the task. But the other pair Meiyang and Ashish took less time and consequently both got saved from landing into the elimination round.

You may also like: Controversial Queen Sana Khan gets Evicted from Khatron Ke Khiladi 6

3 contestants took part in the second task ‘Barfi’. Surprisingly Sana Khan won the second task by staying in the ice water for almost 2 min 3 sec, however Rashami came out in 30 seconds, and Asha resided for 2 min 1 sec.

After these tasks, it was the turn of elimination task named ‘Face Pack’. In these Khatron Ke Khiladi season 6 elimination task the contestants had to put 9 tarantulas on their face. In the task Rashami Desai took 46 seconds, Iqbal took 56 seconds. But Archana Vijaya took 2 tarantulas at a time that’s why she got the penalty.

Because of her mistake she lost the task and got eliminated from the stunt based reality show ‘Khatron Ke Khiladi-Darr Ka Blockbuster Returns’.

Checkout the List of Bollywood Celebs Stared in Condom Ads