Colors TV show Khatron Ke Khiladi is coming once again with its new season titled ‘Khatron Ke Khiladi: Darr Ka Blockbuster Return’s, hosted by ‘Singham Returns’ director and cinematographer Rohit Shetty. Shetty off late convinced that this season is full of action and better than previous seasons. This guarantees that ‘Khatron Ke Khiladi 6’ is packed with horror along with death-defying stunts!

‘Darr Ka Ghar’ Theme will fill The Contestants with Fear

The makers of the show are now introducing a new concept ‘Darr Ka Ghar’, which will check the mental potency and daring of 14 celebrity contestants. The concept of ‘Darr Ka Ghar’ has a unique theme in which every week would be an ‘insomnia week’ where all contestants would get appalled with horror elements to test their strength and guts.

You may also like: Khatron Ke Khiladi 6: ‘Uttaran’ Fame Rashami Walks on a Bed of Snakes

‘Khatron Ke Khiladi: Darr Ka Blockbuster Returns’ is slated to go on air on 7 Feb 2015, and it is expected to push all the boundaries of action, adventure and entertainment. 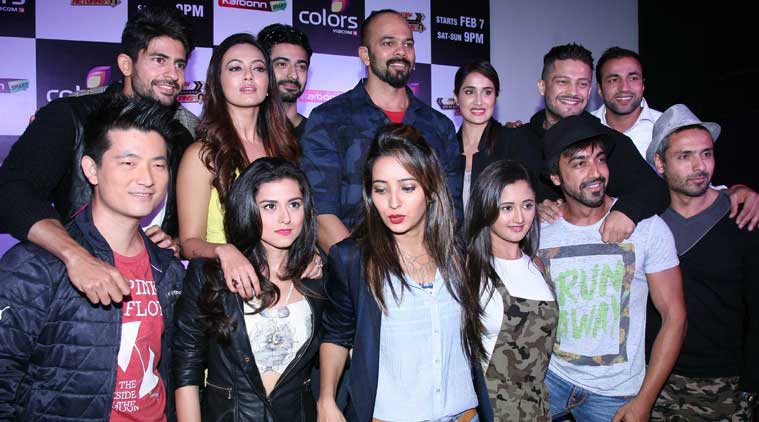 Why ‘Khatron Ke Khiladi 6’ Is Better and Full Of Actions?

Before starting the shoot for this season Shetty wasn't sure, how this season will go on, but after shooting with the contestants in Cape Town and seeing them facing their fears head on, Shetty says: "The new season is better because of the 14 contestants".

Rohit felt that Rashami was the weakest contestant of ‘Khatron Ke Khiladi 6’ but she proved him wrong by giving her fearless performances in the stunts.