Ranbir Kapoor the hot hunk and Bollywood heartthrob turned 32 this Sunday(28 September)! And if the reports have to be believed then the alleged girlfriend Katrina Kaif made the heartthrob’s special day even special by throwing a special birthday party for him.

Katrina Kaif who is busy these days in the promotion of her upcoming release Bang-Bang, threw a private party for Ranbir’s birthday on Sunday.  Ayan Mukerji being a close friend of the duo helped Katrina to arrange cozy gathering which was attended by only few close friends.

You may also like: Katrina Kaif accepts Ranbir Kapoor is ‘important’ in her life 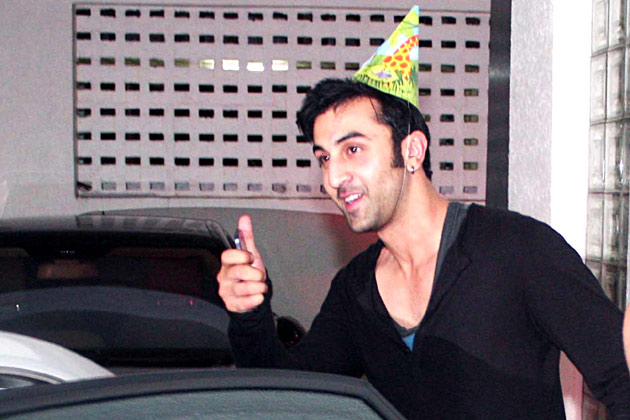 The actress, who was recently seen admitting the importance of Ranbir in her life, took time from her busy schedule and hosted the party which was held at Ayan’s residence. As per the sources “Katrina was planning this party with Ayan Mukherji since a long time. It's Ranbir's birthday and she wanted to make it special for him. Accordingly, she planned a quiet, cosy dinner with their close friends. She was already in touch with of Ranbir's close friends, including Rohit Dhawan and a couple of Ranbir's school friends. Ranbir was thrilled to catch up with them over this surprise dinner."

Well all these small gestures of Katrina are enough for her fans to deem on her rumored relationship with Ranbir!

I Was Not Much Fashionable in Childhood: Alia Bhatt