The most awaited event of the year, Cannes 2015 is unfolding gradually and so as the Bollywood celebs. Some of the most famed faces of Indian film industry as Aishwarya Rai Bachchan, Sonam Kapoor, Katrina Kaif and Mallika Sherawat are making their presence felt at the event! Though there are movements of perfection, however there are instances of embarrassment as well.

Katrina Kaif all the time steals hearts and so does she did it this time as well. For a chance we have amassed some behind the scene Katrina Kaif unseen pics from the ongoing gigantic film festival, in case you are keen to hold a glance of your favorite actress.

Katrina Kaif who made her debut to the International film festival this year, walked down the red carper in awe-inspiring dresses, grabbing the eyes of paparazzi. The actress looked engrossing and gorgeous all the way through, however here are some Katrina Kaif pics that might have some bloopers and gone neglected.

Well we totally understand that it’s not less than an uphill battle to carry a lush gown with grace, one has to be very watchful and attentive, while being flamboyant beautiful. Thought it would have been easier said than done to walk down in an Oscar De La Renta. A few hitches however, everything under control!

Kat was seen as a red head in the event, no it wasn’t any new style nonetheless she has colored her hair for her forthcoming movie “Fitoor”. On the second day of the event, Katrina slated for all Red on the red carpet!

Katrina Kaif Appears on the Red Carpet in a Dress as Aishwarya Rai Bachchan!

She wore an Elie Saab gown on the second day of Cannes 2015, paired up with her bright red lipstick and yes, red hair. She looked nothing short than dazzling however her dressed seemed to tight and taut in few pics. Moreover, 1.74 m actress, donned 6 inch stilettos which made her look like a tall red goddess. In one of her pic, before hitting the red carpet, she could be seen posing with Anupama Chopra, who is looking a baby in front of Ms. Kaif. 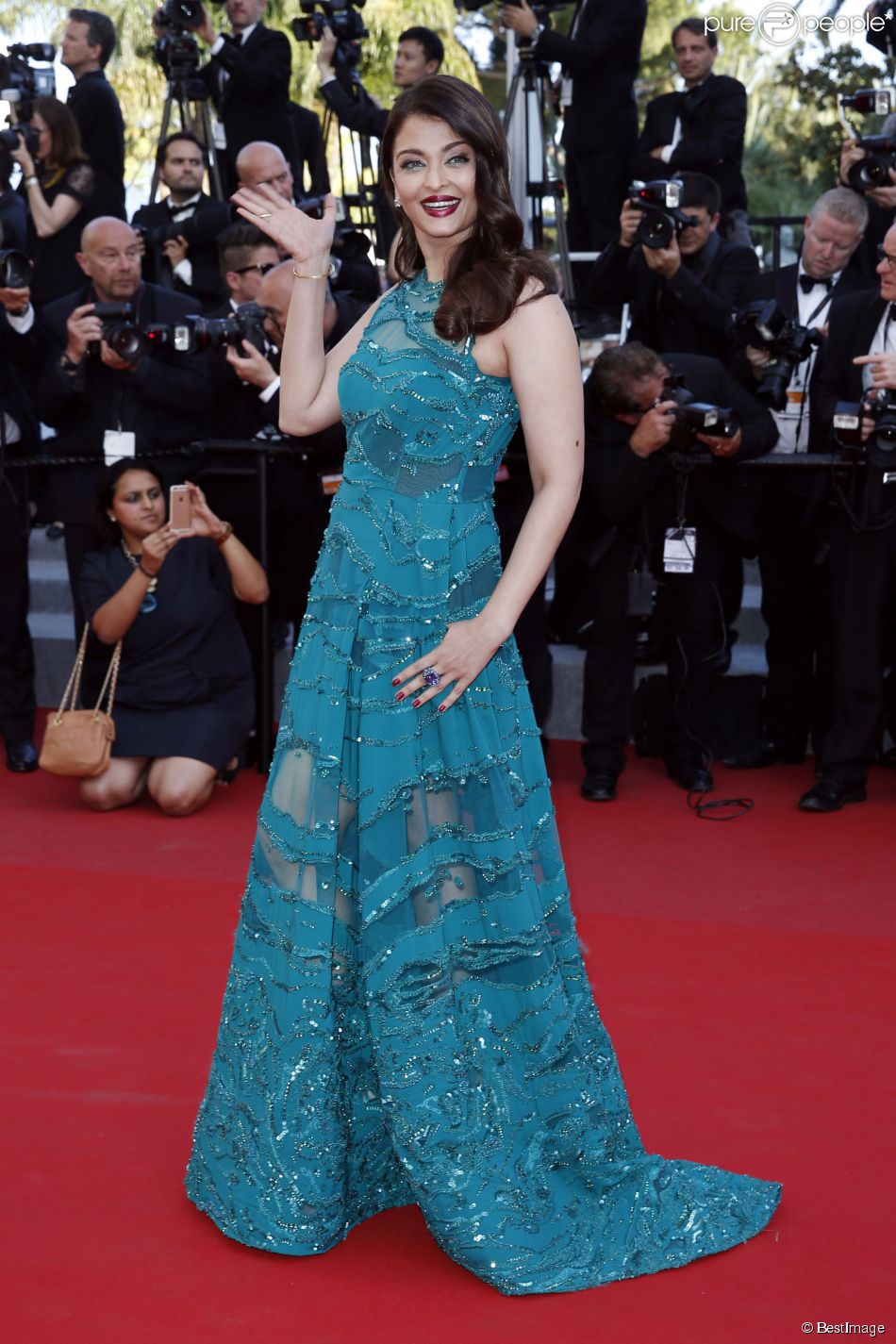 Furthermore, one of Katrina Kaif’s Oscar De La Renta Fall 2015 black dress dress was found to have uncanny similarities with Aish’s 2013 Cannes dress. That was another oops movement, well in an even that is much acclaimed and has turn celebrities gaga, it’s always hard to get a small blooper unnoticed!

Summing it up, we would say that for first attempt everything could be neglected, as she handled everything with grace and managed to woo everyone in her debut attempt!

Well along with Kat, Aishwarya Rai Bachchan who is regular on International Cannes films festival is also enjoying the event with daughter Aaradhya. Meanwhile Aish looked pulchritudinous in an Elie Saab for her first red carpet appearance. Other Bollywood damsels as Sonam Kapoor and Mallika Sherawat are also taking the event at storm with their drop-dead style. Meanwhile, Katrina Kaif is busy these days in two of forthcoming movie includes Jagga Jasoos and Fitoor.