Bigg Boss house has been a victim oh! We mean witness of various blossoming love stories, year after year. This time in BB8, Karishma Tanna and Upen Patel’s romance has become the latest talk of the town. Actor Upen Patel recently admitted his feelings for Karishma and she accepted the proposal in spite of being in a relationship with Rushabh Choksi.

Their romance could be seen increasing with every passing day, a few days back the love birds Upen and Karishma even went on to lock lips on national television. Well owing to their blossoming love Bigg Boss 8 contestants; Gautam Gulati, Ali Quli Mirza, and Pritam Singh were at times seen talking about Karishma and Upen new fake love story.

Contestant Ali Quli Mirza said he doesn’t understand why Karishma Tanna is doing this as there were no problems between Rushabh and her and he truly loves her. On the other hand ‘Diya Aur Baati Hum’ actor Gautam Gulati said, if this romance n all is Karishma and Upen’s publicity stunt then definitely it would affect Karishma badly.

You may also like: Salman Khan Returns to Host Bigg Boss 8 Finale

After some time the challenger ‘Mahek Chahal’ joined the conversation and said that if she was in Upen’s place then she would have waited for some days and wouldn’t shown her feeling in front of the whole world. She went on adding that it looks awkward when a woman, who is already in a relationship, accept the proposal coming from any other guy. 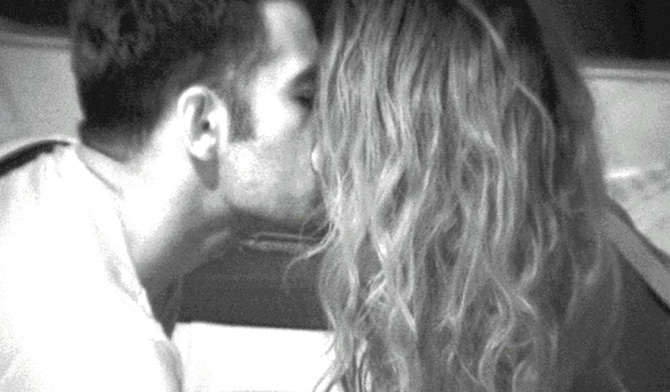 She said that-”It does not look authentic to me at all. If the audience does not feel it is real, how can it be? Everything has a logic but this (Karishma-Upen closeness) was so sudden. Whatever it is, I don’t feel it is right.”

ABCD 2 First Look: Varun and Shraddha to Romance under 60 Kites

Controversial ‘MSG: The Messenger of God’ Gets Banned in Punjab