Akshay Kumar’s Gabbar Is Back movie has taken a new roller coaster ride of name and fame via the word of mouth for the promotions of the film. Well the tactics are even proving favoring as it has provided a lot of hype to the film far earlier its release.

A new look of one of the actresses from the film Kareena Kapoor have been unveiled. Bebo’s first look is from a romantic song of the movie titled ‘Teri Meri Kahaani’. She could be seen wearing a pretty pink Kurti paired up with jeans and brown boots.

Kareena Kapoor Looks Marvelous in the Gabbar Is Back Song Pic! 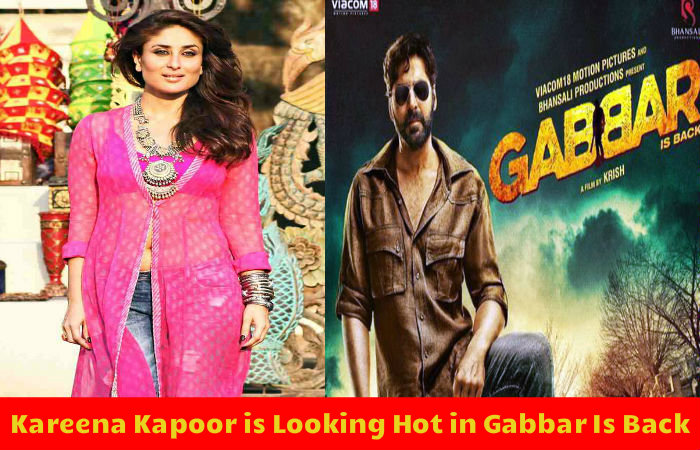 Kareena Kapoor has a cameo in Gabbar Is Back and would depict the role of Akshay Kumar’s wife who has been murdered earlier. She would only be part of his flashback memories.

You may also like: Bollywood Debut! Gautam Gulati Reveals ‘Udanchhoo’

The other heroine who would be seen alongside Akki is Shruti Haasan. The song from which the look of the actress has been released is also apparently a flashback ode and also features Akki with Bebo. Directed by Krish, Gabbar Is Back movie would hit the theaters on May 1, 2015.

Oh My God Sequel to Go on Floor This June, Confirms Paresh Rawal

Sonam Kapoor at her Boldest Best on Vogue Magazine Cover!