The talented stand-up comedian Kapil Sharma, host of the most popular Colors TV show ‘Comedy Nights with Kapil’ has recently decided to do the show once in a week.

But there was no official announcement from the Colors channel about the show ‘Comedy Nights with Kapil’.

“By now, somehow managing my schedules has become a habit for me. I am talking to you early in the morning after having worked on my show for 36 hours. Doing two episodes every week means I’ve to provide at least 70 minutes of content every week. 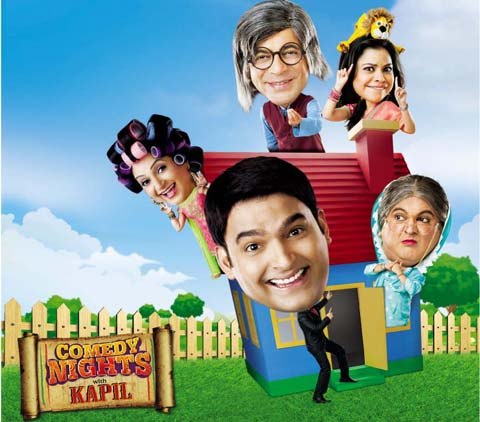 “It’s not easy to think up funny gags every 10 seconds. We can’t afford to let our audience get bored for even a few moments.”

Colors Channel to Introduce a New Comedy Show as a Replacement

A source reveals that-

“The channel wants to keep the frequency cut in Comedy Nights with Kapil as quiet as possible. It was Kapil Sharma who insisted on the change as he wanted to pursue a film career. With the shooting of his film with Abbas-Mustan gathering momentum, the show’s frequency had to be reduced.”

According to rumors Colors Channel would introduce another comedy show on Saturday nights as the substitute of ‘Comedy Nights with Kapil’.

Sunil Grover as ‘Gutthi’ is happy with the decision to cut down the size of the show and said:

“We have to take the show to Level 2. That can only be possible now when we have more time to work on the content.”