The popular comedian turned actor Kapil Sharma filed the complaint against his ex-girlfriend Preeti Simoes, her sister Neeti Simoes and journalist Vicky Lalwani and managers. On Friday, he started the Twitter banter and wrote everything about the critics, media and the system.

Just before he filed the complaint against them, he also chose to hint about the concerned journalist and throw slangs at him, accusing him of printing negative articles unnecessarily. He claimed that Vicky started false allegations and malicious propaganda to malign him on social media after he refused to pay him the amount.

Kapila��s expressions on Twitter shared some other story, he virtually abused the journalist and his publication.

He tweeted against Vicky but the tweet was deleted by his team. 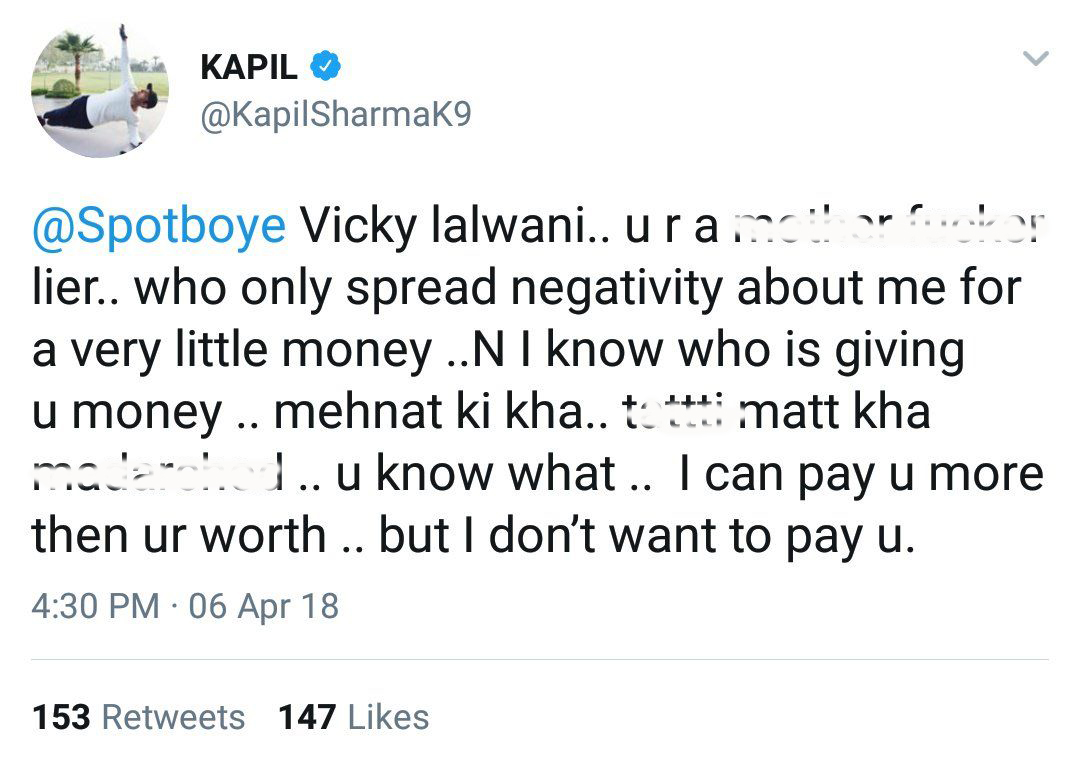 The comedian Kapil Sharma recently made his comeback on a small screen with the show a�?Family Time with Kapil Sharmaa��, unfortunately, the show is not getting a good response from the audience. It is also rumored that the show will go off air soon. Leta��s just wait for more updates on this rife.

Stay tuned and stay connected with us for more Bollywood news.