Once again Bollywood queen Kangana Ranaut made it to the headlines for her backless scene in Vishal Bhardwaj’s Rangoon. Queen actress bold and intimate scenes with Saif and Shahid are making the headlines for some reasons. Not only this Kangana has always been the favorite of the media as she frankly opens up about her personal and professional life in the public. 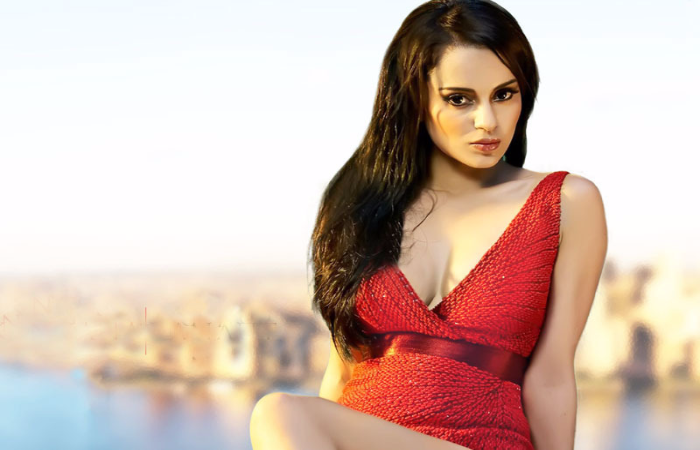 In Rangoon, she has shot backless scene and when asked if she felt nervous or she was comfortable doing the intimate scenes with Shahid she said –

Vishal sir never discussed these scenes specifically. It came in the story. The kind of background Vishal sir and I have as artists, (intimate scenes) it’s not a concern.

I remember a scene in the film where Shahid is removing leeches from my back. And there was something stuck on my breast and there were few people who were fussing over the tapes and this and that. After sometime I was lying on my stomach naked as I was giving a bareback shot. They wanted me to put tape around the body but the tape would show and all of it. It was just a back shot I don’t know what was the fuss about. I think Vishal liked the fact that I don’t treat my body like a ‘Khuli Tijori’. I don’t think my body is a khuli tijori (laughs). I can do my scenes with comfort. If it is a backless scene then be it. I can do a backless scene without any fuss about it and without putting tapes. I can just cover myself up after the scene is over. And I think he expected that from me and not have nipple-sticking tapes around me,”

Now’ that’s really the shocking statement ever stated by Kangana.

But justifying the same, she further explain –

That’s called a fitting reply to every question asked. Better you be prepare before asking anything to Kangana. Rangoon starring Shahid Kapoor, Saif Ali Khan, and Kangana Ranaut is all set to go on the floors by 24th Feb 2017.

Confirmed! Mohsin Khan And Shivangi Joshi (KaIra) Is A Couple!!