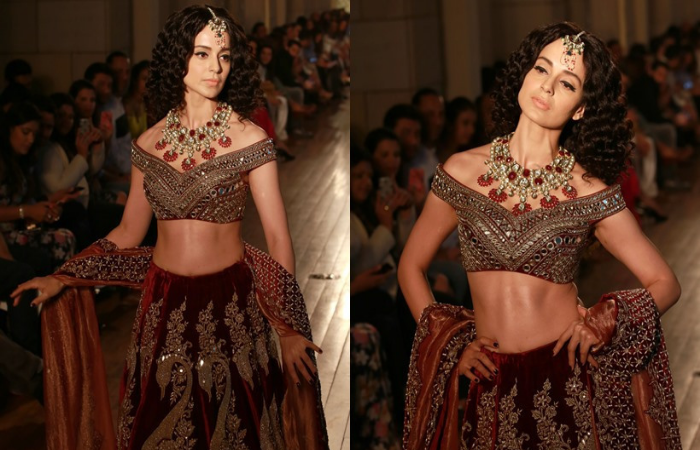 Bollywood queen Kangana Ranaut has proved her boldness in every state. Either if we talk about her movies or if we chat about her Bollywood fights she has never failed in proving herself.

Recently she attended an event in Delhi where she grabbed more respect by the answers which she gave in Mind Rocks Debate at India Today, Delhi.

Kangana Ranaut was asked various questions on topics like physical violence, slut shaming and the big fight between her and Hrithik Roshan, and the way she spoke out boldly was commendable.

The diva is truly a fearless actress and is also an inspiration to all the shy girls out here.

When she was asked about the elitism in Bollywood industry –

The talk then moved towards the physical violence and if she had also suffered the same.

“When I was 17 I was faced with extreme physical violence to the point where I literally saw my death looking me in the eye, the person who was subjecting me to that kind of bully is very influential. As a teenager I had an option to put up with that and lead a comfortable life without anyone knowing what is going on. Or being a minor, go to cops, lodge an FIR make it public. That also meant letting my parents and my world know the kind of humiliation I was going through. Open myself to judgement and scrutiny but at 17 I filed an FIR.”

What is the result of HR and your battle which gave a lot to talk about you to your fans.

“There was no legal proceeding against me in this matter, there was media drama, there were lot of threats there was slut shaming but no case was filed against me, so there was no question of fighting a legal battle.There was a lot of feminist pressure on me to fight, to reveal my sob story to the world, but I didn’t have any, I was in a consensual equation with an individual and I was felt perfectly capable of dealing with the stuff that was coming my way as an adult but I was pressurized to a point where I was questioning what exactly is feminism we’re talking about? Is it fighting for an individual’s acceptance or begging for his acknowledgment publicly? An individual who doesn’t have an iota of respect for you? Is this feminism? Then I’m not a feminist.”

Is it is essential for us to save the memories of our love affairs whether they’re sperm stained panties or gifts that were given to us by a lover as potential evidence for a future when he’s trying to escape or say no? If that is feminism then I’m not a feminist. If it’s feminism to not allow a prerogative of a man saying no and if it's a prerogative of just a woman to say no, then I’m not a feminist, a no means a no. If any individual wants nothing to do with me and feels ashamed of me or wants to get rid of me, the only thing I’m going to do for that individual is say goodbye!

What SRK, Riteish Deshmukh Have to Say About Uri- Attack!!!

It’s an A Certificate for Radhika Apte Upcoming Flick “Parched”