Well it seems that the stars are this time joining forces to bring Saif Ali Khan and the Queen actress Kangana Ranuat together on big screen. The duo who was previously all set to share the big screen for the first time with Reema Kagti’s venture, took a back seat due to their own reasons however now the ‘Kahani’ famed director Sujoy Ghosh seems taken the charge to bring the two together.

So the news goes like this that, Kangana Ranaut has been roped in for Sujoy Ghosh’s next venture, which already has Saif Ali Khan in the lead role.

Officially adopted from the Japanese novel, ‘The Devotion of Suspect X’, Sujoy’s impending venture has Saif Ali Khan as a mathematics professor and Kangana Ranaut as his neighbor. Instead of sharing a loving or romantic chemistry, which they were supposed to have in Reema Kagti’s film, they would be seen showcasing an uncomfortable equation in the flick of Sujoy Ghosh.

You may also like: Kangana Ranaut’s Funky Avatar in the New Flick ‘Katti Batti’

The track of the film revolves around Saif (mathematics professor) and Kangana (neighbor) who endeavors to shrug off the cop, trying to catch them. where the character of the cop would be portrayed by Vidjut Jammwal instead of Pakistani actor Fawad Khan. Contrarily, in the film, Kangana would be shown as a woman who has been indicted of killing her husband.

Why Kangana Ranaut and Saif Opted Out of Reema’s Flick?

As we aforementioned Saif and Kangana were earlier paired up in Reema’s flick, however where Saif head off from the flick due to financial issues on the other hand Kangana Ranaut set off owing to delayed schedule of the film. 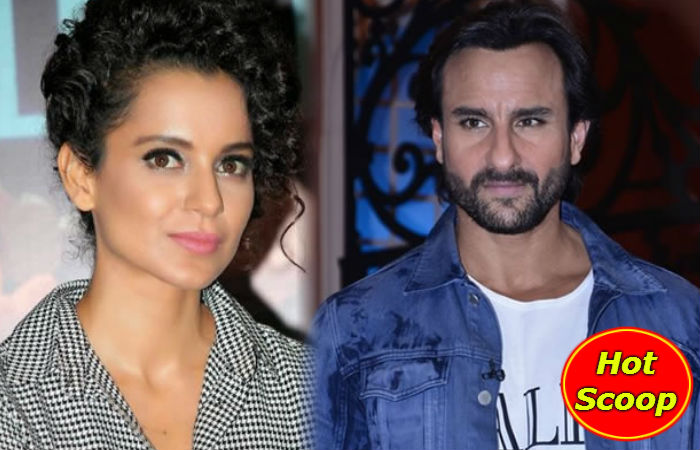 Even though Kangana head off from Sujoy Ghosh’s ‘Durga Rani Singh’ yet the director approached her with his upcoming with which the actress got impressed and said yes. The film is all set to go on floor this April!