After the release of the teaser and several songs like Ghar More Pardesiya and First Class, the makers of epic love saga ‘Kalank’ have finally revealed the trailer of the movie. And, needless to say, that everyone is charmed by the epic dance, drama, and action in the trailer. 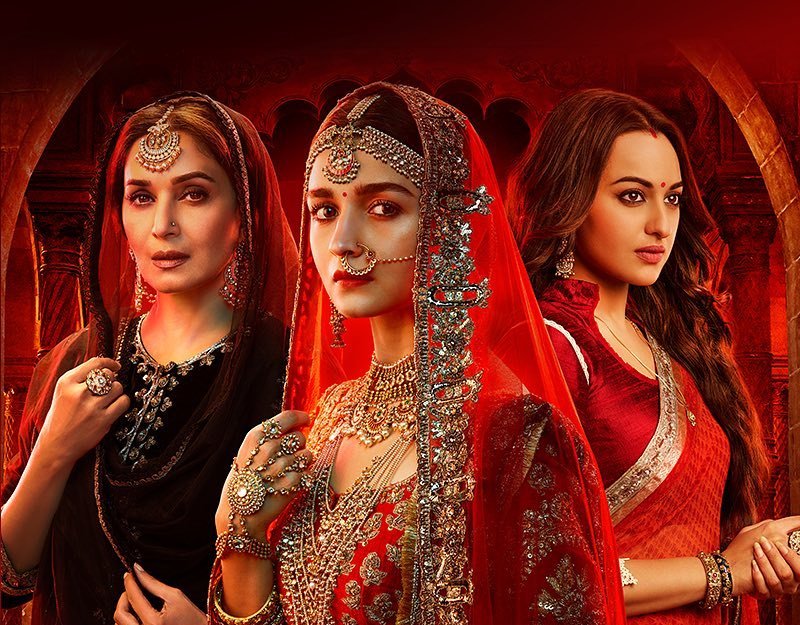 The 2-minutes-11-second trailer begins with introducing the pivotal characters of the film in a series of pictures, and with the voice of Alia's character, Roop plays in the background which is equally touching and self-affirming and drives us into the film's tragic expression.

Further, it can be seen that Roop is married off to Dev (Aditya) due to some circumstances. Although, Dev apparently regrets the decision but accepts her into his life, and moreover it can be seen that Sonakshi playing the role of Dev’s wife is still standing beside him.

Later, Zafar (Varun) meets Roop in some market, and from that moment their life takes a turn. It is shown that both Zafar and Roop fall in love quickly and are also constant about their decision to be together. Even though Alia forms a connection with Varun too, but tells him at first-

Another interesting glimpse what catches audiences attention is Kriti Sanon’s special dance number. Yes, Luka Chuppi actor Kriti Sanon had a dance sequence in the trailer. It can be seen that she is grooving in a purple lehenga-choli among a group of dancers which also include Aditya Roy Kapur and Varun Dhawan in black & green ensembles, respectively.

Also, a glimpse of the most awaited dance number from Madhuri Dixit can be seen in the trailer. Her mujra performance in red Anarkali is breathtaking.

One interesting glimpse we saw in the trailer is Kunal Khemu, leading a crowd of angry men holding swords with the intentions to wreak havoc in the town. He is heard saying to Varun,

Another scene that catches the eye of the audience is a fight scene involving Varun and a man attacking him with a sharp weapon. This scene suggests that the actor may be dangerously hurt.

Well, must say, in the final scene of the trailer, Varun, Alia, and Aditya can be seen recreating the iconic train scene from Dilwale Dulhania Le Jayenge but with a twist. Undoubtedly, the movie will rely on its star-studded cast to deliver the drama it promises in the trailer.

Moreover, the moment filmmaker unveiled the trailer the fans couldn't stop talking about it. Yes, and many of them made some hilarious memes out of it!

Have a look at these memes:

Directed by Abhishek Varman and produced by Karan Johar, ‘Kalank’ is all set to hit the screens on April 17, 2019.

Good News! Irrfan is Back With the Shooting for 'Angrezi Medium'