The first song from Karan Johar-directed film ‘Kalank’ Ghar More Pardesiya has been released. And, its every bit is as grand as the film’s teaser. It can be seen that the two lead actresses of the movie are presenting a beautiful Jugalbandi for their viewers in the song.

Undoubtedly, the makers of the flick are successfully keeping the audience on their toes by unveiling back-to-back posters, teaser and now the song.

Well, from posters to the song, all are intriguing. And, as the best part, the song opens with Madhuri Dixit playing the role of Bahaar Begum singing and a group of dancers performing. In the mid, Alia Bhatt playing the character of Roop joins in and takes center stage on the dance floor, and Bahaar looks on.

The song is Pritam’s mid-tempo melody in which Amitabh Bhattacharya’s lyrics are urging a beloved to come home. It can be seen that how the excellent Alia Bhatt tries to hold her own in front of a graceful and ageless Madhuri Dixit in the entire song.

And, while it comes to dance, this number has been choreographed by Remo D'Souza. Whereas, vocals are by Vaishali Mhade with Shreya Ghoshal.

Along with Alia and Madhuri, the song shows us glimpses of Varun Dhawan playing the role of Zafar too. Both Alia and Varun can be seen crossing the paths at a celebration outdoors.

One day ago, Alia Bhatt took to Instagram and expressed her emotions how the song gave her many sleepless nights. She wrote,

“A song that gave me sleepless nights, days & months is coming very very soon.. I think you can safely say that I have never been SO nervous for anything in my life.. *screams frantically and hides under bed* You may have to send a search party to find me🙈🌞Meanwhile watch this space for more.. 🙏🤞”

And today she posted the full song,

As soon as the song released, it started getting a marvelous response from the people as well as celebrity figures. Also, Katrina Kaif mentioned in the comment that she loved the video.

She praised her friend by commenting, 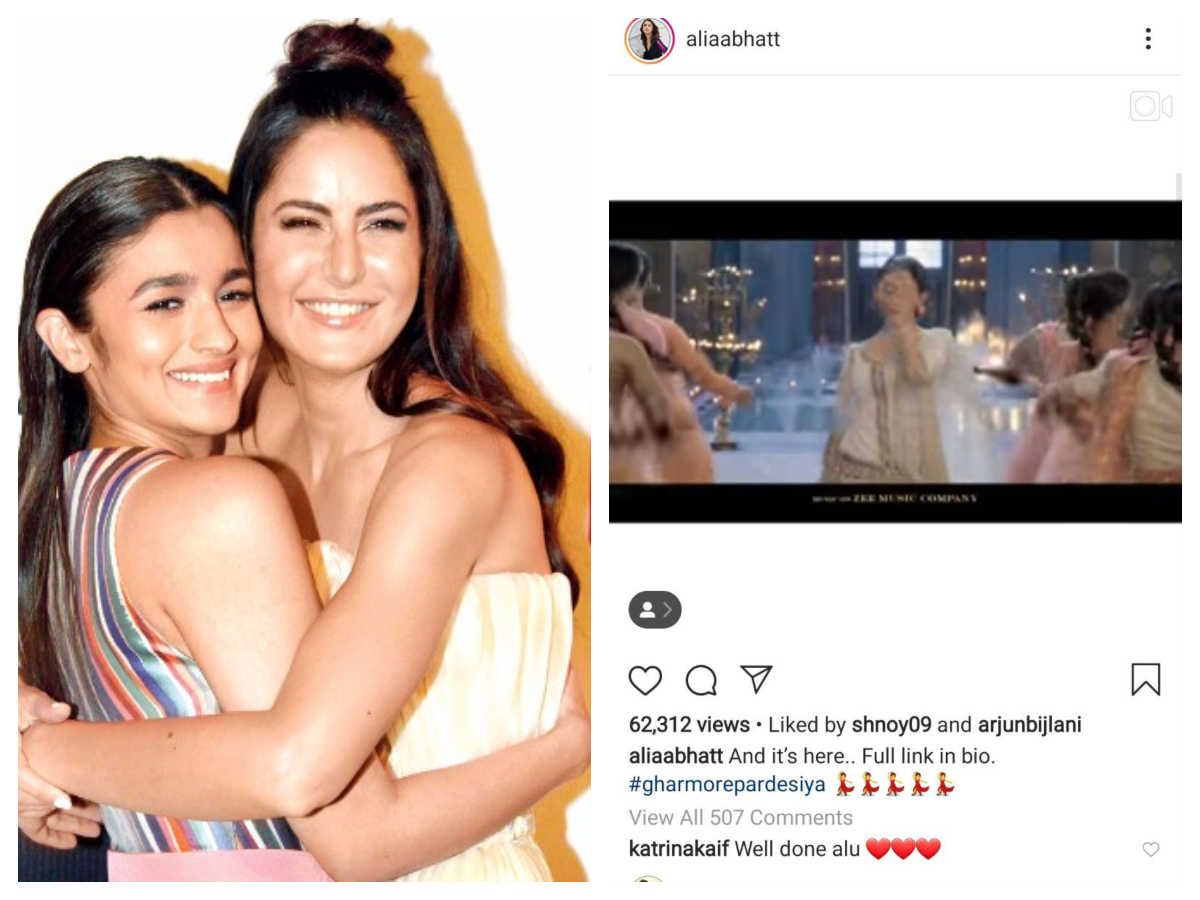 The big-budget period drama Kalank described as a “tale of eternal love” will see a motley of stars sharing screen space for the first time. It is rumored that the movie will take viewers back to the pre-Independence 1940s era.