One of the best couples in B-town Kajol and Ajay Devgn will be sharing the screen space after 8 years in Taanaji: The Unsung Warrior. It is being directed by Om Raut, produced by Ajay Devgn & Bhushan Kumar and also stars Saif Ali Khan in the role of Udaybhan Rathore. According to a recent report, Kajol began its shoot yesterday. She will be playing a pivotal role in the film.

The movie is Ajay Devgn’s historical drama in which he will portray the titular role of Subedaar Taanaji Malusare who fought alongside Maratha leader Shivaji Maharaj during his lifetime. He is famously known for his notable role in the 1670’s Battle of Singhad.

About a month ago, the first look of the movie was released in which the brave Maratha warrior Taanaji is seen shielding himself from blazing arrows on the battleground. Apart from showcasing Taanaji’s heroic struggle in the Battle of Sinhagad, the movie will also throw light on his personal life, and Kajol will be seen as his wife. The movie is set to release on 22 November 2019. 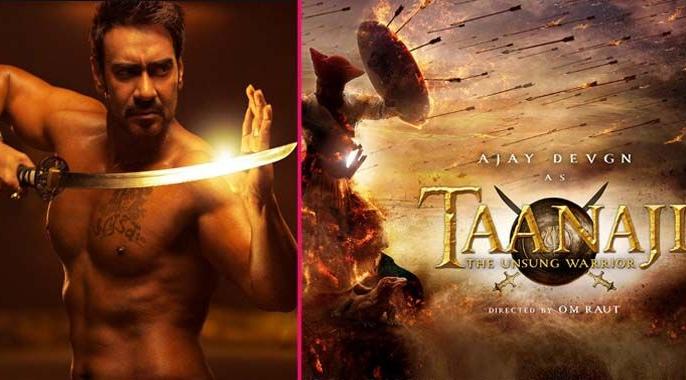 According to a source,
“Kajol has begun shooting in Mumbai from yesterday. When she was approached for the film, she felt it’s the perfect script for her, since she already has a strong Marathi base.”

The source further adds,
“Kajol and Ajay had been wanting to do a film for a long time. They kept getting fan mail and messages to reunite on screen. So, when Om was thinking of a heroine for the part, he immediately asked Ajay to bounce the idea off to Kajol.”

Ajay was last seen in the film Raid and Kajol in Helicopter Eela. Moreover, the lovely celebrity couple was last seen together in the movie Toonpur Ka Superhero back in 2010. After such long hiatus, their fans can’t wait to see them on screen all over again!

It’s Official! Deepika-Ranveer Announce their Wedding Date with a Tweet