Director Anees Bazmee most awaited Welcome Back movie finally made its way to theaters. Yes, you are reading right after continuous delay for the last few months, now the movie is set to release on 4th September 2015.

Previously the movie was supposed to hit the screens on December 2014 with Aamir Khan’s, PK(2014) , but then pushed to May of the year 2015. When there was still no official declaration of the discharge date occurs, People started accepting that the movie may have been racked. However, today morning John Abraham tweeted world about the arrival of the film, which is currently all set to hit theaters on September 4.

“Welcome Back' releases 4th September! Watch this space for more. @ErosNow," He wrote.

Anil Kapoor Shared the News About Welcome Back Movie 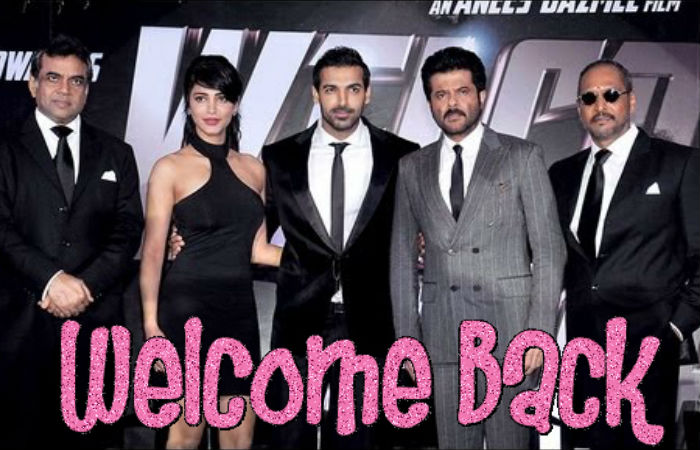 Bollywood actor Anil Kapoor, who is leading in the movie as a Majnu Bhai also tweeted about the film.

“We're all set to tickle your funny bones on the 4th of Sept. Get set for hilarity with #WelcomeBack @ErosNow”

Welcome Back is a comedy drama produced by Firoz Nadiadwala and F M Khan Swiss Entertainment. The movie will be the continuation of the superhit comedy tap Welcome (2007). Paresh Rawal, Anil Kapoor, Nana Patekar are continuing their roles from the prequel where as John Abraham and Shruti Haasan are new inclusion.

Shashank Vyas is Not Interested Anymore for Balika Vadhu