The ingenious Farhan Akhtar and the Shehenshah of Bollywood are going to throw the dice on the silver screen together with their upcoming movie Wazir. The swirly crisp in the motion picture has been multiplied with the special guest appearance of the two Btown dandies John abhram and neil Nitin Mukesh.

John has awaited his buffs for a long time as he has been away from the silver screens since a long span of time. On the other hand the pearly white Neil will make enchant his audiences in his next film 'Prem Ratan Dhan Payo' where he will play the character of younger brother of Salman Khan. Neil is likely to do a cameo in the Bejoy Nambiar’s directorial venture and Amitabh Bachchan’s upcoming movie. 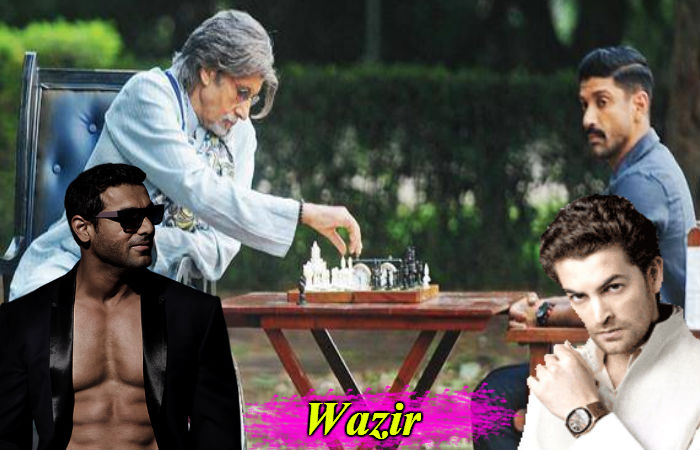 The character of John Abraham is still not unravelled but eventually Neil Nitin Mukesh will play the brute. Thus John maintains the curveball of the storyline of Wazir.

Aditi Rao Hydari will be sharing the screen spaces with Farhan and Big B and the movie will kick the theatres in this winter. The first look was released earlier now it’s time to swivel over the second teaser of Wazir with the release of the 'Dil Dhadkhane Do' which stars Farhan again along with the star crew of Priyanka chopra, Ranveer Singh, Anushkha Sharma and Anil Kapoor as well on 5 June.

Alia Bhatt Diet Plan- On the Grounds of Which she Lost 16Kgs!