Here is Jamai Raja written update of Episode number 185 aired on April 30, 2015. The show started with Sid and Roshni who were seen fighting over their divorce. Roshni asked Sid that, how could he alone make the decision of giving her divorce? She shows her anger and says that she would never leave him and accept the divorce however Sid says that everything is over now.

DD comes to both of them and informs them that she has won the property case and now her bank balance and property is all back. Tearing Roshni congratulates her, Sid too congratulates DD and leaves. She asks Roshni, what happened? Roshni informs her that Sid has given her divorce, hearing which DD gets shocked. 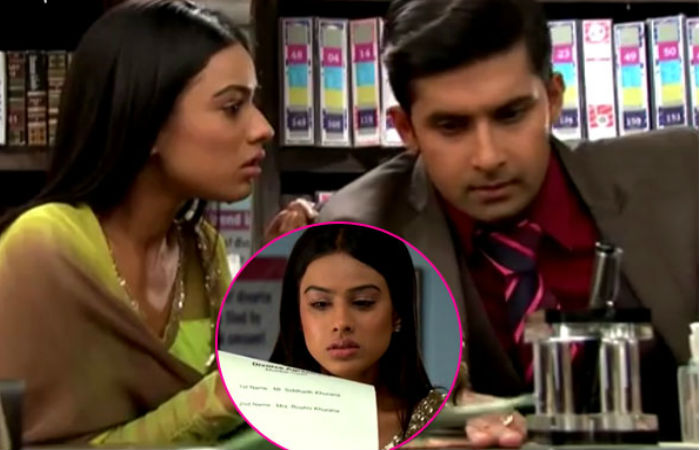 Here on the other hand in Jamai Raja serial, Sid cries in lonesome place remembering Roshni and her reminiscences. He remembers the whole scene of Simran’s deal and the reason why he agreed for divorcing Roshni. Simran asked Sid to divorce Roshni in return of DD’s property however, he denied. She told him that she can’t see Kritika suffering thus if he doesn’t do so then she and Kritika both would commit suicide. This makes him helpless to accept the deal. He yells Roshni’s name cries loudly remembering all this things.

At Sid’s house in Jamai Raja serial, Raj comes home and informs Biji that DD has won the case and now everything would be fine. Sid comes home they asks them about Roshni, he tells them that she won’t come as he has given divorce to her, hearing which Raj slaps Sid!