The hottest Jodi of B-town, Katrina Kaif and Ranbir Kapoor who moved out recently in their love nest, is heading to join forces in yet another Bollywood movie ‘Jagga Jasoos’, after a long time.

Katrina and Ranbir’s Film ‘Jagga Jasoos’ Gets Pushed Ahead!

The couple sprinkled the magic of their love in the heart of audience first with 2009 release ‘Ajab Prem Ki Gazab Kahani’ and lastly with 2010 release, ‘Raajneeti’. Now after their hook up in real life, they are all set to shine afresh as a couple on the Big screen too. Yes, we are talking about the Anurag Basu’s ‘Jagga Jasoos’. 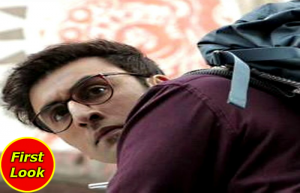 We as well as the makers of the film are very well affair of audiences’ desperation to see the lovebirds on screen however unfortunately their waif is getting outstretched. Firstly the film was said to be get released in May this year, which further got delayed to August and now apparently it seems that they have to hold up for some more time. The film was about to hit the theaters on 28 August, which is the releasing date of Kartrina’s another flick ‘Phantom’ as well. Thus for the reason Kat’s much awaited film co-starring his beau has to be postpone for evading their clash.

Off late the ‘Bang Bang’ actress Katrina asserted that “Jagga…’ has been pushed ahead.”

Along with the theater clashes of Kat’s two films, her collapsing schedule for the promotions of the two Bollywood films is supposedly the another reason for the postponement. Well, for now the final releasing date of Katrina Kaif and Ranbir Kapoor’s ‘Jagga Jasoos isn’t out.

Stay connected with us to know the releasing date of ‘Jagga Jasoos’…..

Ali Fazal will Make his Occurrence Felt in ‘Furious 7’