Summer is around the corner and here is Jacqueline Fernandez flaunting floral on the cover page of Harper’s Bazaar magazine. The April 2015 issue of the magazine has featured the ‘Kick’ fame Jacqueline with a caption, Jacqueline – In Full Bloom’.

Lastly seen in ‘Roy’, the Sri Lankan beauty would be next seen seen in Bangistan movie starring Riteish Deshmukh and Pulkit Samrat. 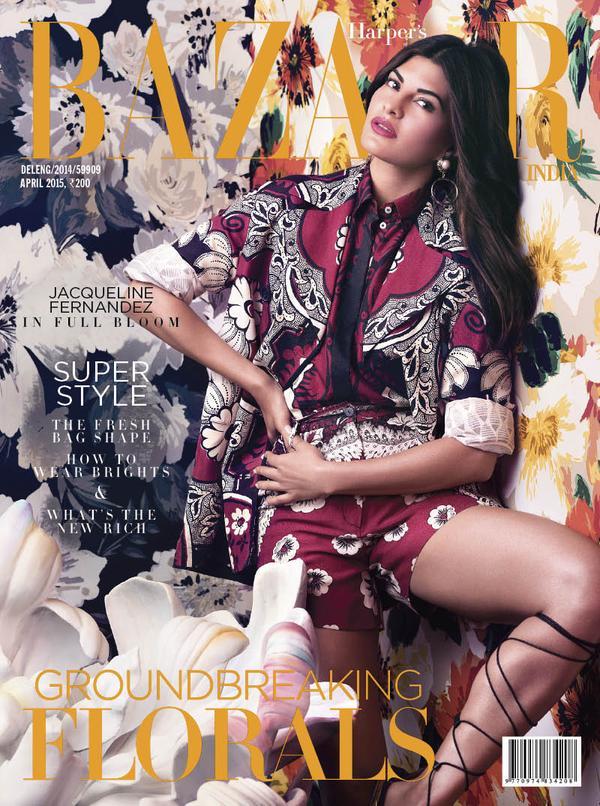