SriLankan beauty Jacqueline Fernandez recently posed for the cover page of famous journal Hi Blitz. Looking like a bride, Jacqueline looks so tempting in a red ethereal ensemble with a sleeveless neckline blouse. Flaunting the bold cleavage, the diva’s ensemble was all engrossed with a golden zardozi work. 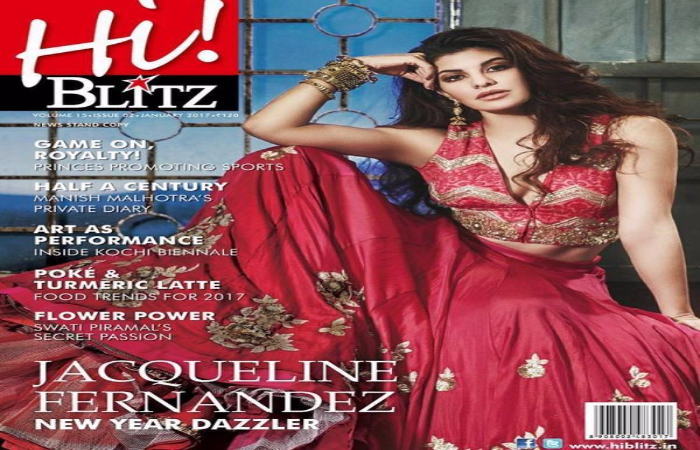 The actress already has a mammoth of followers on her social networks and after watching her in this traditional wear the diva is surely gonna have a huge hike in her fans list. Some golden oxidized bangles and earrings have made her look more alluring. The actress finished her look with bronze smokey eyes and the soft hairs with voluminous waves.

The popular journal Hi Blitz for January issue 2017 chose Jacqueline Fernandez and the actress has completely nailed on the cover page. The diva has given us some major outfit goals just before the wedding season as she is seen wearing the designer lehenga styled by Abha Choudhary.

On the work front, her last release was ‘The flying Jatt’ opposite Tiger Shroff that gained an average response on the box office. Jacqueline will be seen next in Reloaded opposite Sidharth Malhotra. Both together seem to be a cute pair. We have seen the two together in the Koffee With Karan 5 episode, the promo that was released on 5th January 2017.