Yes you read that right, Bollywood hot actress Jacqueline Fernandez is going to play double roles in her next venture ‘Roy’. The actress would be playing the roles of a director and an art aficionado in the movie. Starring Ranbir Kapoor and Arjun Rampal as the male leads, the film ‘Roy’ would only have, Jacqueline as the female protagonist alongside both the actors.

You may also like: First Look: Jacqueline Fernandez’s Definition of Fear Movie 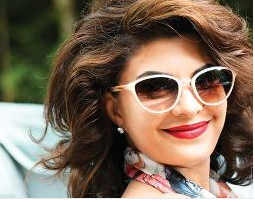 Jacqueline would be seen flaunting two contradictory looks in ‘Roy’, one in a settle look as Ranbir’s love Tia who is an art enthusiast and the other as a director Ayesha, in a casual appearance.

Produced by Bhushan Kumar and by debutant directed Vikramjit Singh, the film Roy is slated to release on 13 February 2013.

Bigg Boss 8: Aarya Babbar, Casted Out of the House