Here is yet another entry to the list of celebrities who got detained by Chinese government on drug charges. The most famous action hero of all times, Jackie Chan’s names is doing rounds in headlines down to his Son Jaycee, who has been jailed for six months owing to drugs charges.

Anti-narcotics campaign in China hauled Jackie Chan’s lad Jaycee Chan to a six-month’s prison on Friday. Singer and actor, young Chan was last month charged for "the crime of sheltering others to take drugs.” According to the police, they found 100 gm of drug in Chan’s home and he was tested positive for marijuana for which he got sentenced for three years.

You may also like: Checkout the Latest from ABC’s New Musical-Comedy ‘Galavant’ 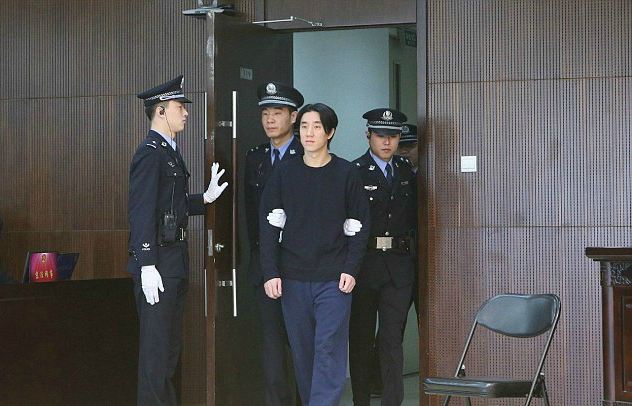 As per a mircblog by the court, Chan was been tried at Beijing Eastern District Court whose judge sentenced him six months prison with a fine amount of 2000 yuan ($322).

According to a lawyer Si Weijiang, he would apparently be released in over a month of time as his time spent in custody since last August would be taken into account by the authorities.

On Friday the prosecutors reveled that as per the court Jackie Chan Son, Jaycee Chad has made his home accessible for people surnamed Li and Ke, who used to smoke Marijuana over there.

The court even asserted that Jaycee Chan

"voluntarily pleaded guilty" to the allegations of the prosecutors. "I have broken the law and should be punished," Chan said in his final statement to the court. "When I return to society, I will not repeat this because I have let my family and friends down yet again."