Episode 468 of Star Plus’ Iss Pyaar Ko Kya Naam Doon Ek Baar Phir Serial, aired on 19 March 2015 showed Indrajeet apologizing to Shlok. Shlok forgives him saying that anyone would have done the same, if he had been at your place.

Niranjan talks with Anjali and he her strength. She replies that a woman could take any effort for her family’s happiness. She tells him that she is happy that now he supports her and respects her. They both shares some special movements. 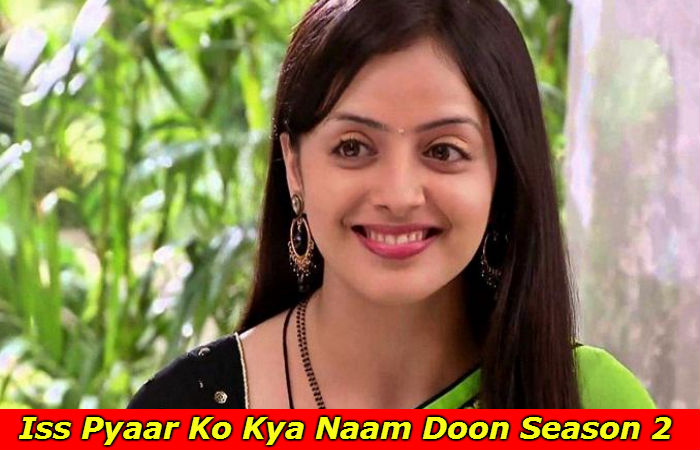 On the other hand, in Iss Pyaar Ko kya Naam Doon episode, watching Shlok angry, Aastha comes to him and tells him to close the zip of his dress. He holds and hugs her and she smiles. Rashmi comes to Poornima , she gets angry with her scolds her for doing the work wrong. She in turn blames Ballu, however Poornima further reprimands her for blaming Ballu.

Here, Pradeep tells Rashmi not to say something. However, she shuts him up and says that whatever happen was all wrong, as Poornima has turned Ballu as the hero. He says that if Indrajeet would have been aware of her reality then she further adds that in that, she would be out.

You may also like: Iss Pyaar Ko Kya Naam Doon: Aastha Gets Angry on Indrajeet

Later in Iss Pyaar Ko Kya Naam Doon Ek Baar Phir serial, Poornima talks to Shlok showing that she have understood right and wrong. On the other hand, Aastha prays to Bappa for her family. Anjali calls her and she asks her about her puja and tells her that she miss her a lot. Sapna hears their conversation and asks Aastha that about the puja, she lets her know Anjali meets Kavita at the temple and they both have some talks.