Meri Aashiqui Tum Se Hi episode 165 written update of 5th February 2015: we saw that in Ranveer’s house everyone was busy in Sharman and Ritika’s marriage. Suddenly Sharman asked Derwash about Ishani, to which Baa said to him to do the engagement. But he replied, they must wait for Ishani.

On the other hand Meri Aashiqui Tum Se Hi, Ishani said to Manas that she couldn’t do anything for Ranveer but Manas told to her that at least you tried. Manas on the other side regrets, that his wife does all this things. Suddenly Nitin come there and was shocked after saw him.

Nitin says that, he already gets to know the reason why she was taking divorce from RV. He also says you can’t lie to RV because you love him. She cried and replied that, she can’t tell him the full truth about her divorce case. She got his company on her name because she wants to save RV from the fraud. 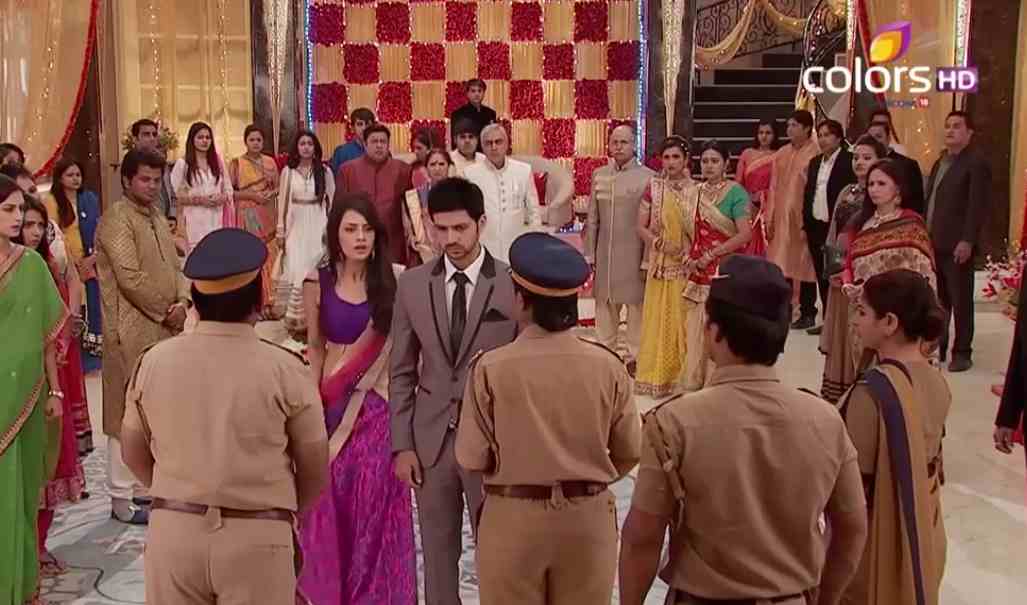 In the engagement party, Sharman put the ring on Ritika’s hand. Mr. Javeri gave the ring to Ritika but before she put the ring on Sharman hand, suddenly the police arrived and they said Ranveer you are under arrest on the accusation of fraud. Ritika dropped the ring and said, she won’t let them take RV.

Suddenly Ishani came there and says, fake diamonds have been supplied from RV diamond Company, but they can’t arrest RV because she is the owner of the diamond company. They can even see the papers of ownership so she must be arrested and the Policeman caught her. To which Sharman left his engagement and tries to save Ishani. Falguni also worried about her.