The gorgeous Deepika Padukone, who debuted in Bollywood, a couple of years ago as a newbie opposing Shahrukh Khan, has now grown as the leading lady of B-town over the years with. Yet again, Deepika is here to dazzle the big screen with her acting skills, this time not with any leading actor of her league however with the most intense actor of Bollywood ‘Irrfan Khan’.

The unconventional pairing of Deepika Padukone along with Irrfan Khan in the forthcoming Shoojit Sircar comedy ‘Piku’ has become the talk of the town. Where we would get to see Deepika as Big B’s daughter afresh, on the contrary she would be seen as love of Irrfan’s live for the first time.

You may also like: Piku’s Amitabh Bachchan Flaunting a Pot Belly! 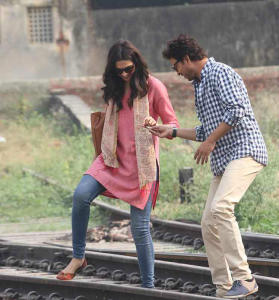 "Though Irrfan's love interest is Deepika, the film is not a typical love story and Irrfan-Deepika's love angle is just one track in the movie, but their onscreen chemistry has taken everyone by surprise"

quoted a source from the film. 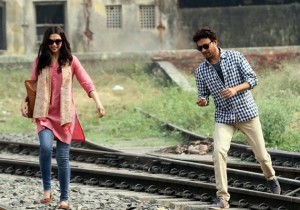 "Irrfan is not a usual lover boy which is what makes him essay this character with a lot of depth."

Well the on-screen chemistry of the pair Deekipa-Irrfan has apparently managed to impress the director Shoojit, let’s wait to see would Deekipa be able to woo us with Irrfan as well.

Meanwhile the comedy drama ‘Piku’ also star megastar Amitabh Bachchan along with Deepika and Irrfan. The film which was earlier told to be a serious take is now deep-rooted as a comic drama and reportedly would be attached to Big B’s forthcoming Shamitabh.

A Glimpse at Noble Cause Initiative of Deepika Padukone