Well we off late gave you the lowdown about much-appreciated actor Irrfan Khan’s casting alongside Iranian actress Golshifteh Farahani and the applauds that he is garnering for his Punjabi movie ‘Qissa’, furthermore now the actor has afresh managed to grab all the stoplight!

Well Irrfan Khan’s wheel of fortune doesn’t seem to stop yet, this time the actor has got the honour to be featured in Jurassic Park’s foremost franchise game 'Lego Jurassic World'.

The Game to Have 2 Versions Both Embracing Irffan Khan 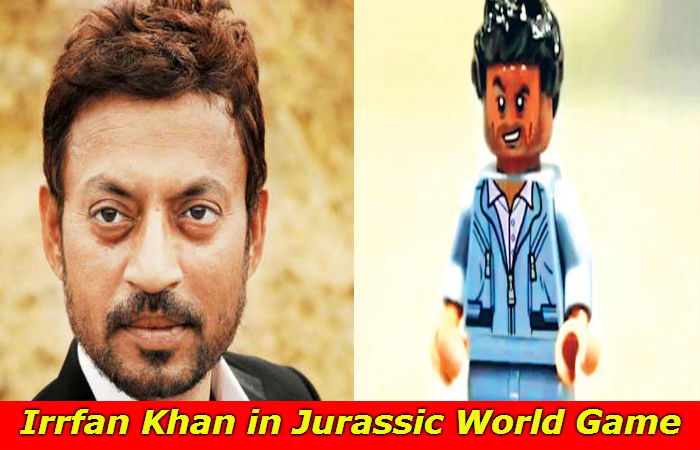 Yes, you heard that right, Irrfan khan’s character Masrani in the Hollywood movie ‘Jurassic World’ would be introduced as a part of the greatly foresee game 'Lego Jurassic World' to be launch by Jurassic Park.

You may also like: Irrfan Khan and Golshifteh Farahani to Pair-Up in Bollywood Film

A close source to the versatile actor revealed that, “There would be 2 versions of the game that has been developed by the team at LEGO and Irrfan’s character would be part of both the games. The first being a character game and the other being a video game. This is a huge thing as both the games will be launched at an international level.”

Conforming the news, Irrfan Khan articulated, “When I got the offer to lend my voice to my character in the game, initially I wasn’t sure. Then, I consulted my younger son on whether I should do it. His first question was, ‘Do you even know what these games are?’ I just said no to see his reaction, and the look he gave me was unbelievable; I can never forget that look. He couldn’t believe that my face and voice would be part of the games. I was happy to see my family happy and excited.”