According to the sources, Hrithik Roshan’s Kaabil and SRK’s Raees has the same releasing date. Even after a huge discussion to make a slight shift in any of the movies, the two didn’t agree.

It was speculated that SRK was seen outside Roshan’s house after the meeting and it was buzzed that the two will have different release dates. But recent news clarifies that Rakesh Roshan has refused to shift the release date. 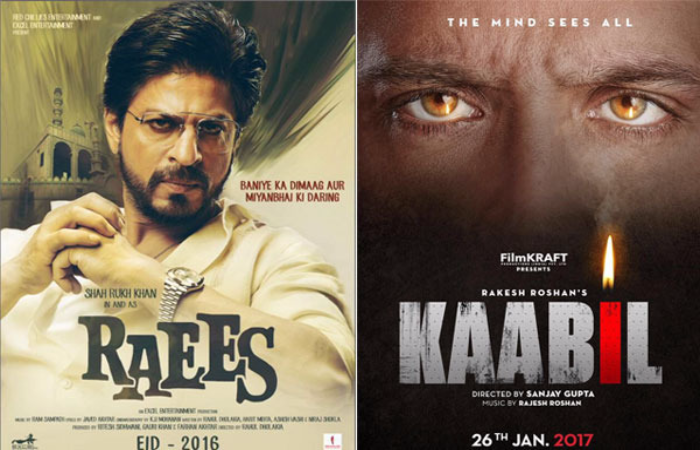 He stated - I told him I couldn’t because I am superstitious. During King Uncle, I had pushed the release earlier by four weeks because of my daughter Sunaina’s wedding and the film flopped. After that I have never shifted the original date.Even during Kaho Naa… Pyaar Hai in January 2000, Aamir Khan’s Mela opened a week before our film and Shah Rukh’s Phir Bhi Dil Hai Hindustani released a week later while Anil Kapoor’s Pukar was scheduled for two weeks later. Many of my distributors advised me not to come out on January 14 with Aamir on one side and Shah Rukh on the other. But I refused to change the date even though three distributors opted out two weeks prior to the release. They told me I was committing hara-kiri. I released the film myself in these territories and even mortgaged my house. God was kind, the film was successful!

It was believed that SRK’s Raees will earn more than Kaabil as the crowd is crazy for Shahrukh Khan and also, HR’s career is going down after his divorce. But surprisingly Hrithik Roshan’s Kaabil has already earned profits its release. Here’s How?

"You know I sold the film for a lesser price to my distributors. I am the only producer who sells to individual distributors. My all India sale to distributors is not exceeding more than Rs. 42 crores. I made the film in, without counting Hrithik’s and my price, we have made the film at a budget of Rs.35 crore. Plus Rs. 15 cr on P&A. Satellite rights were sold for Rs. 50 cr, while music was sold for Rs 8 crore. Overseas went for Rs. 16 crore.”

Thus, it is all clear that the film which has been made at the budget of 50 crore has earned its profits before its release. Wow! That’s great news for Hrithik’s fans; even with the releasing clash with SRK’s the film pricing will not be affected much.