When it comes to the Sanjay Leela Bhansali’s production, Ranveer have been the first choice in some previous movies. As far as the Bhansali’s next project ‘Padmavati’ concerns, Ranveer was selected to portray the lead role. But some time ago, the rumours have been buzzing that the Ranveer will be replaced by the Hrithik as lead due to some serious rifts between the filmmakers and Ranveer Singh.

The project is relatively variable in selecting the starcast and one and only one reason is trivial quarrel. Actually, the Ranveer wants to give narration of the movie and Sanjay is the Godfather behind the success of his Bollywood career. Ranveer shouldn’t begged him for such things that causes disagreement among the production team.

Sanjay Leela Bhansali reportedly also asked Shah Rukh Khan, unfortunately, he was unable to spend his 200 days for this project and finally, the Hrithik has assigned for this task.

Well, we would be definitely thrilled by the chemistry between the Hrithik Roshan and Deepika Padukone.

Still, we can’t debate over the Ranveer’s role in the movie and nothing has confirmed finally. According to the news, the script of the movie is completely refreshing and turn out you with a different feeling. 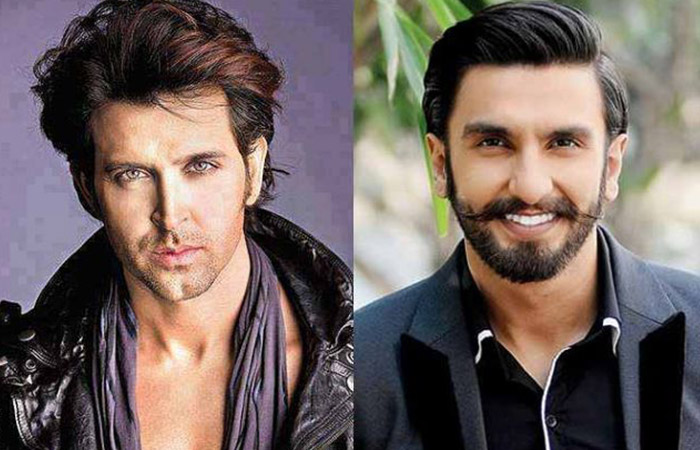 Who Will Be The Rani In Bhansali’s Padmavati?

Since, we are a well-wisher of Ranveer and hope to watch him in the movie. If this is the next movie going to the Hrithik’s pocket, then he would gain a great experience in historical movies like his most recent Mohenjo Daro and Jodha Akbar.

We wish, this matter doesn’t affect the celeb relation between the two.

You can watch this video where Ranveer is promoting Hrithik’s Bang Bang with a full devotion.