After a long time we will see our superhero Krrish (Hrithik Roshan ) in his new action thrill Kaabil. After many days, apart from legal battle with Kangana Ranaut we are hearing about his new release. Let see what next our Superhero has planned for his fans

The movie seems very interesting in its first look, and the catchiest and interesting fact about the movie is the name, where the letter ‘I’ is in red while the rest of the letters are in white.

The first look of Kaabil is out, with lead roles Hrithik Roshan and Yami Gautam. The movie is looking quite intense. By looking at the images, out for the first look. Hrithik Roshan join hands with director Sanjay Gupta, Kaabil, will be produced by Rakesh Roshan under his banner FilmKraft Productions! 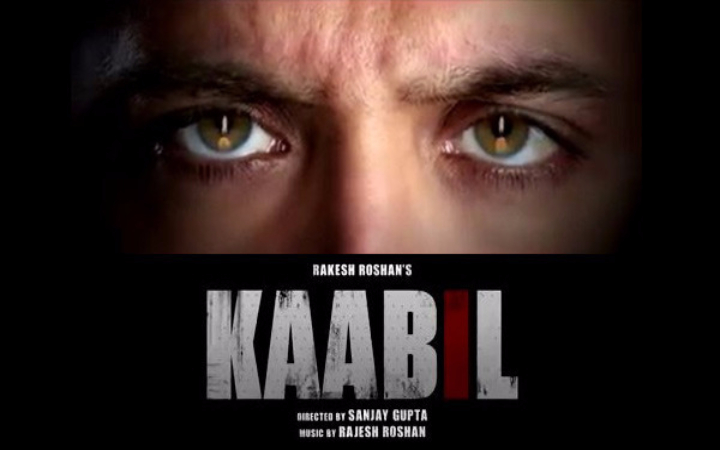 As the film is yet to begin the shoot, all we could see from the main look is Hrithik Roshan’s green eyes eyes, with a lit candle in them. The interesting point of the movie is out for Hrithik's blazing displeasure towards certain actress who is hell-bent on ruining his reputation… just saying!)

Another fascinating truth about the look is the releasing time of the movie. As you know, Shah Rukh Khan's Raees release date is on January 26 2017, hot news that just turned out today. It is the same date on which Kaabil is likewise turning out. So is it a Hrithik's way for answering to Shah Rukh Khan's new move?

Did You Notice These 5 Mistakes in 3 Idiots?