Get ready guys it’s the time for Indian Premier League 2015 ‘India Ka Tyohaar’ in Bollywood style. According to reports, Bollywood actors Hrithik Roshan, Anushka Sharma and Shahid Kapoor are all ready to perform at opening ceremony of IPL 8 on Tuesday at the Salt Lake Stadium.

The B-Town actors went for rehearsals after they landed in the beautiful city Kolkata. Reportedly, the actress Anushka and her boyfriend Virat Kohli were spotted at Kolkata airport on Monday just a day before her much-awaited performance. 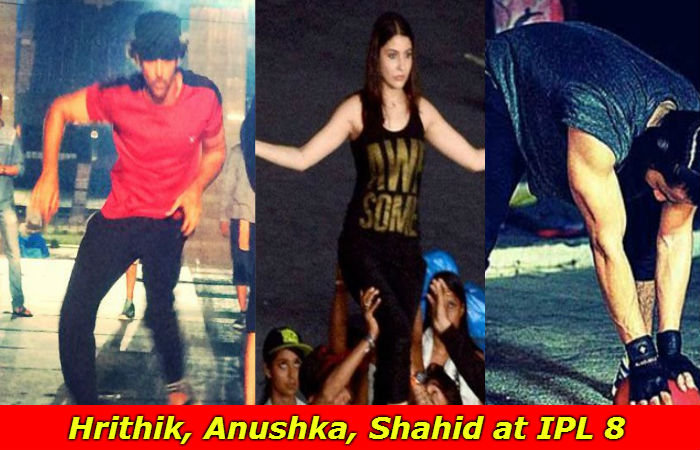 Despite of thundershowers, the B-Town stars Hrithik Roshan, Anushka Sharma and Shahid Kapoor were spotted dancing with their background dancers in Kolkata. It seems that Twenty20 tournament of IPL 8  is going to open in different style.

You may also like: Cricketer Suresh Raina Marriage Photos with Wifey and Friends!

The Bollywood actor Farhan Akhtar along with the singer Pritam are all set to entertain audience at the Salt Lake Stadium.