Bollywood’s two forthcoming movies i.e. Hrithik Roshan’s ‘Mohenjo Daro’ and Ajay Devgan’s ‘Badshaho’ would clash with each other in theaters. Well both the actors who have given scores of hits, would this time have a head to head fight with there singular releases of 2016. Moreover, Ajay and Hrithik do not have any releases this year.

‘Mohenjo Daro’ and ‘Badshaho’ Release Date to Clash in 2016

Where Bollywood’s handsome hunk Hrithik Roshan is busy these days in his upcoming venture ‘Mohenjo Daro’ on the contrary Ajay Devgan is busy with his directorial venture ‘Shivaay’. After completing Shivaay, Ajay head for Milan Luthria's ‘Badshaho’.

You may also like: Ashutosh Gowariker’s ‘Mohenjo Daro’ Releasing on 12 August 2016 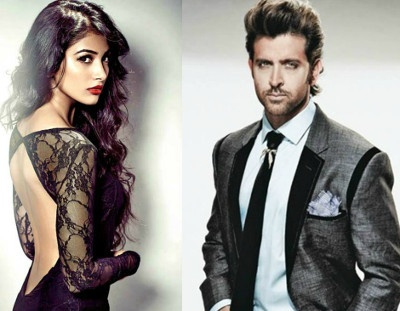 According to reports, the two films will release at the box office, the upcoming year.

Firstly Hrithik's Mohenjo Daro was slated to get released in January 2016, however it got pushed as Hrithik got injured, so the production got delayed. Consequently, now Mahenjo Daro and Badshaho would apparently hit the silver screen together on August 12, 2016.

Well the release of these two big films on the same day would heat up the competition and affect the Box office collections of the films as well. Now let’s see which movie earns more and win the hearts of fans?

Farhan and Priyanka Chopra’s Duet from ‘Dil Dhadakne Do’