a�?English is not a language in India, ita��s a classa��. In a similar way, Irrfan Khana��s Hindi medium is not typically a film but is a feel.

Irrfan Khan and actress Saba Qamar played a couple who have adopted Hindi-medium education but, they have a dream to make their daughter send for study in one of the top English school so that she doesna��t face the same struggle as them. 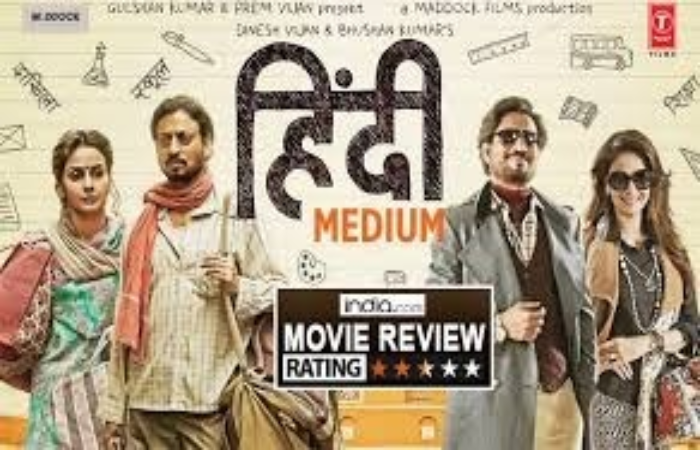 Amidst of Rom-Com Films, Hindi Medium is a never ending tale of hope

The movie is hilarious and sad to some extent at the same time. Irrfan Khan, as usual, nailed his character, he act of a humble guy who falls in a love with Saba. Saba on the other hand is an insecure mother who thinks of failing by society and the educational institutes. The supporting cast is on the bench too.

Deepak Dobriyal is yet a compelling actor to talk in the film. Amrita singh made his comeback in a negative role after Kalyug.

The girl who played as Irrfan Khan Daughter is cute and would make you smile at her appearances. Absolutely she brightens the frame.

Further, songs by Sachin-Jigar has added more life to the film, the songs are not stretched and it feels good to hear. Overall, the film is a never ending tale of aspirations and a humorous at some extent.

Finally The First Look Of a�?102 Not Outa�� With Amitabh & Rishi Kapoor Is Ruling Over The Internet

Sunny Leone Birthday Celebration In New Mansion - Here It Is!