Salman Khan has known for being the Godfather of many aspiring talents in Bollywood, amongst which some have become starlets. You Know what we mean, right? Afresh Salman is set to turn a godfather for Aditya Pancholi’s son Sooraj Pancholi. Well you might know that the later is going to make his debut in the industry along with Suniel Shetty’s daughter Athiya Shetty under the production venture of our Sallu bhai.

Not just Salman himself took time to mentor Sooraj Pancholi however the latest news is that he is even singing a special song for the movie which it titled ‘Hero ‘. Apparently, Sallu Bhai would also be featured in the music video as well! Salman seems fully supporting the new hero! Coming to the topic, if the news have anything to go with then the song would be marked second in Salman Khan songs series, post his attempt in last movie ‘Kick’. 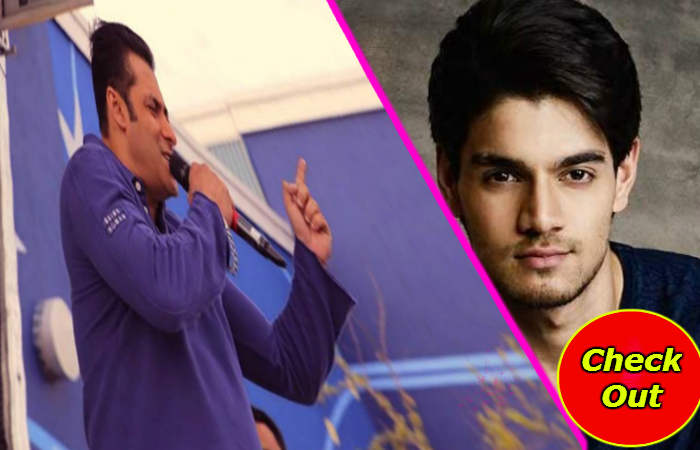 Salman Khan Production venture would be helmed by Nikhil Advani and would be based on Subhash Ghai’s 1983 Jackie Shroff starrer film. ‘Hero’ that is slated to release on June 3 also takes in veteran actors as Vinod Khanna and Govinda doing special appearances.

Get more about Salman Khan from Bollywood News.
Prev article