The 'Masti' trios come back with the third installment in 2016 that tagged as super cool adult comedy.

The first part of this series appeared as ‘Masti’with a massive success in the box office and then, it had extended to the next series ‘Grand Masti’.

This time the famous trio will hit the market with mega trailer of GRAND MASTI. The super comedy script of Vivek Oberoi, Riteish Deshmukh and Aftab Shivdasani is directed by Indra Kumar. The sequel is quite different from the two flicks as the trailer itself explaining about the change of concept. The movie would witness double meaning and sexual humour jokes by Aftab Shivdasani .

Hot Urvashi Rautela is playing the role of a ghost for the very first time. The trailer was launched at a suburban multiplex in Mumbai where the entire team was present in this mega event.

‘Great grand Masti’ is the sequel of ‘Grand Masti’Miss. The trailer of the movie is full of Masti and Sexual comedy adult fun. See Miss Universe 2015 contestant Uravashi Rautela with other hotties Shraddha Das, Mishti and Pooja Chopra. Opposite to trio Riteish Deshmukh. Vivek and Aftab. The movie is rule by a hot sexy gost. The movie is said to release on July 22. Excited! to watch the movie. Bet you cannot stop yourself to watch the movie.

The team spread lots of fun launching the trailer. See the capture moments. 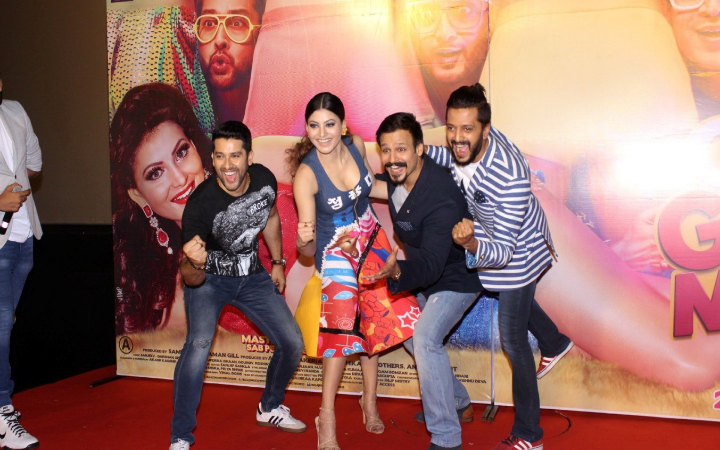 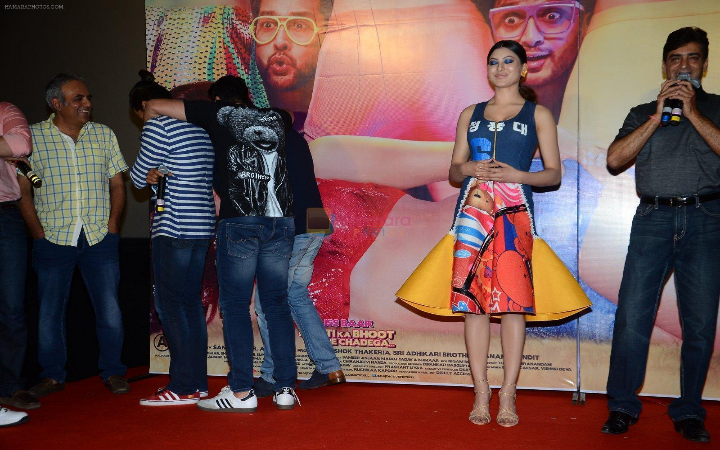 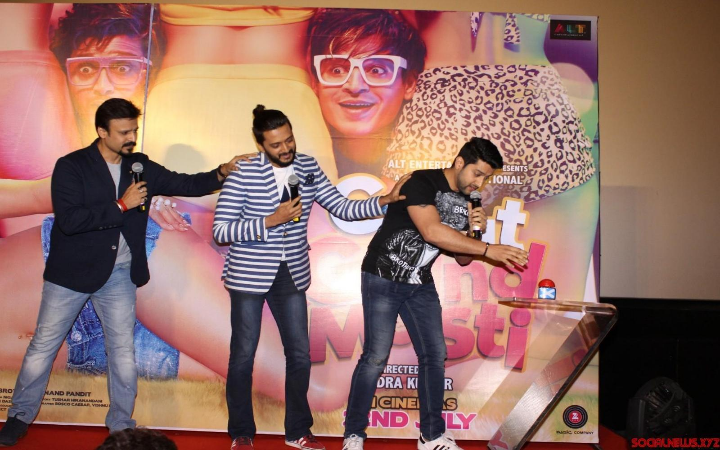