The comedy flick is directed by Krishna DK and Raj Nidimoru, for their first zombie comedy flick they received good responses from the audience. The movie features Saif Ali Khan along with Puja Gupta, Anand Tiwari, Kunal Khemu and Vir Das in pivoted roles. 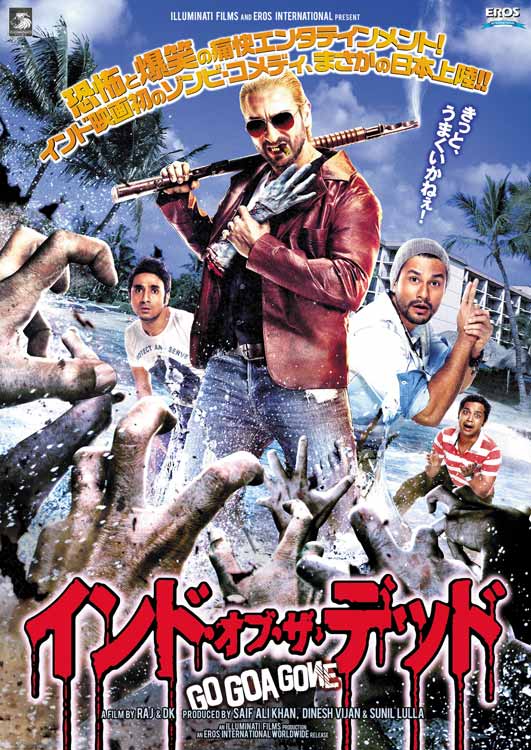 You may also like: Vir Das Come Up With Funny Song ‘The Indian Censor Board Ode’

“The Japanese market has shown a fair appetite for Indian films. After the successful outings of our previous movies in Japan, we hope the demand for Indian films there continues and these new releases enjoy a successful run, too.”

In India the Bollywood movie Go Goa Gone received excellent response from both critics as well as audience in the year 2013. And now the movie is going to amuse audience of Japan as the other Bollywood movies; Robot, Om Shanti Om, Ferrari Ki Sawaari and English Vinglish.