But according to a report the actual reason is revealed that- the famous model and actor ‘Gauhar Khan’ had actually paid a junior artist to slap her in public.

Junior Artiste Disclosed the Actual Reason behind the Incident

Gauhar Khan "paid him" to slap her during the reality show ‘India’s Raw Star’. And Gauhar "planned it all, like a well-written film script".

You may also like: India’s Raw Star: Gauahar Khan Slapped for Dressing Inappropriate

The junior artiste goes on to claim that Bigg Boss 7 winner ‘Gauhar Khan’ also promise him a role the upcoming film ‘Dabangg 3’.

The major purpose behind the slapping incident was to achieve more and more publicity and attention from the Bollywood industry. Akil Malik is only a source to achieve the motive because he is a junior artiste and a struggling model.

Akil Malik commented a lot and then physically assaulted the actress Gauhar Khan in public then in an interview he said that he has a verbal agreement with the actress earlier and the whole incident was pre-planned to gain publicity.

Both Gauhar khan sister Nigaar khan reported that this is not Gauhar Khan slapped Controversy stunt but simply a rumor. 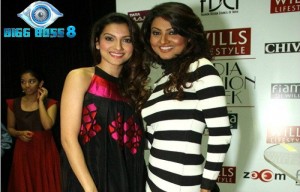 Get more about Gauhar khan controversy from Bollywood News.