Khiladi Akshay Kumar is all set to dazzle the big screens with his upcoming Gabbar Is Back movie. Directed by Krish, the Bollywood action drama is a remake of Tamil movie Ramanaa and is produced by Viacom 18 Motion Pictures and Sanjay Leela Bhansali productions. Off late the makers of the film has revealed its first teaser 1.

Akshay Kumar’s Gabbar Calls You to Join his Army 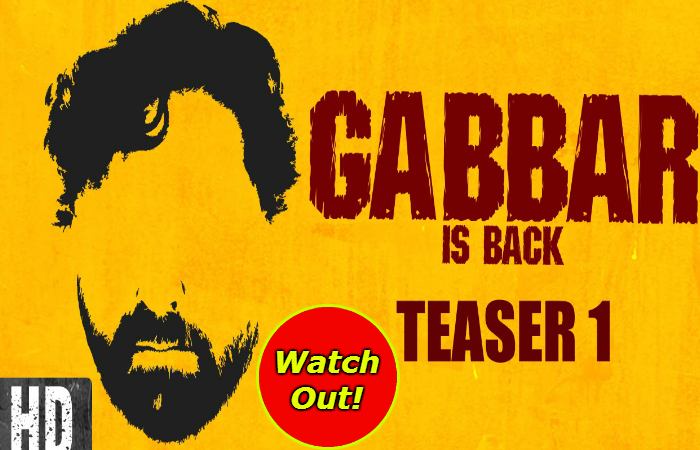 Gabbar Is Back teaser depicts that familiar first look of the film, which reminds us the real Gabbar from Sholay. The teaser encourages the fans to join Gabbar’s army via the watsapp number given.

Prior Akshay Kumar took it to twitter sharing that the new vigilante is in Town and now the 1 teaser depicts the same. Well suggestion to join the Gabbar’s army seems a new promotional stunt of Gabbar Is Back movie. Meanwhile, the film is slated to release on May 1, 2015.

Get more updates about Akshay Kumar’s upcoming movie Gabbar Is back from Bollywood news.