Akshay Kumar’s much talked about and high on expectation Gabbar is Back movie got mix responses from the spectators. There were a lot of rising expectations amid the film, post Akkii’s coveted film Baby. However, it didn’t got as much good response from the critics and audiences as it was expected. Well it seems, Akki have a huge fan base, as in spite of the not so impressive reviews, the film has managed to drag the audiences to the theater moreover amass am impressive Box office collection!

Talking about Gabbar is Back Box office collection, the film has imposingly gathered an whooping amount of approximately 40 crore in the first weekend. Trade analyst, Taram Adarsh on Saturday took it to twitter sharing the 1st and 2nd day collection of the film, which was 13.05 cr and 11.35 cr respectively.

Gabbar is Back Movie Makes an Impressive Opening on Box Office! 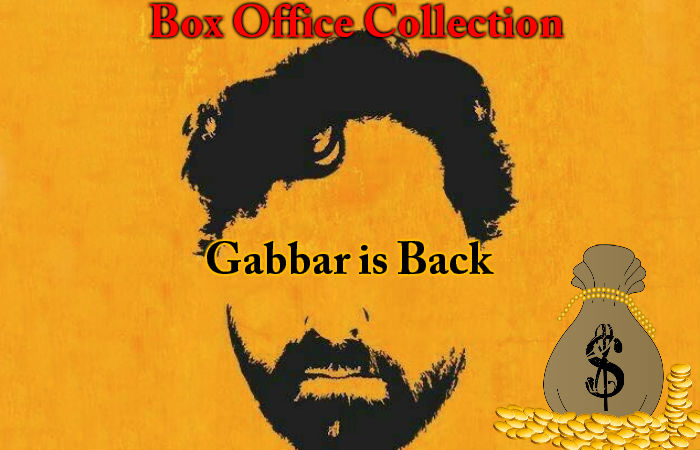 As expected, the film had a good opening on Friday, post which a slight drop was noticed in the domestic collection however the theater occupancy as well as the collection both raised by 15-20% on Sunday and the film managed to gather approx 15 cr.

By the virtue of this graph, Gabbar is Back movie has managed to turn the flick with the biggest opening on the Box office, amongst the other duds of 2015. Post Baby, this was Akshay Kumar’s second film in the year and 2015 seems turning out lucky for the Khiladi.

Would Gabbar is Back Box Office Collection Enter the 100cr Club?

The second last movie of the 47-year old interestingly crossed the mark of 100 crores within approx three weeks from its release. Seeing the graphs of Gabbar is back Box office collection, it would be interesting to note, would the second release of the actor will also cross the coveted 100 cr mark? What do you thing?

Gabbar is Back Trailer Cast and Crew