Colors TV’s dare devil stunt based show ‘Khatron Ke khiladi Season 6’ kicked off lately on the channel. The show is grabbing a lot of attention amid the brilliant performances of the girls and boys contrarily with Sana Khan’s comic touch.

The show has stumbled upon its third week and here Rohit Shetty the host of the show is all geared up to go all filmy. In the upcoming episode of the show, we would see Ashish and Hussain trying to make Rohit Shetty dance on their fingertips.

Ashish and Hussain Builds a Snare Trap for Rohit Shetty

Where Ashish (KKK6 contestant) would enact the funny Gabbar, on the contrary we would see Hussain as Dharam ji climbed up on the water tank. Moreover, startlingly Rohit would be tied up on his hands by the two. Imagining epic Bollywood film Sholay’s set up with tied-up fuming Rohit, isn’t it sounds hilarious! 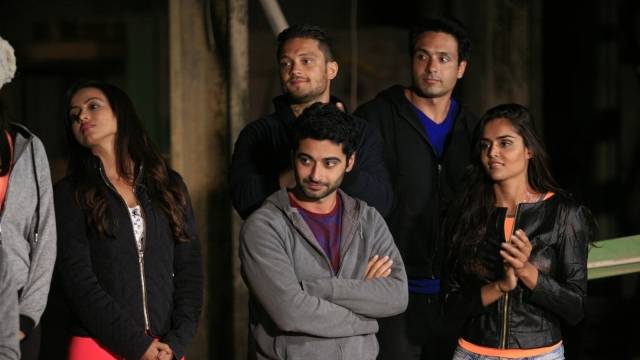 You may also like: ‘Khatron Ke Khiladi 6’ Promo: Sana Khan is Scared of Nothing</strong> 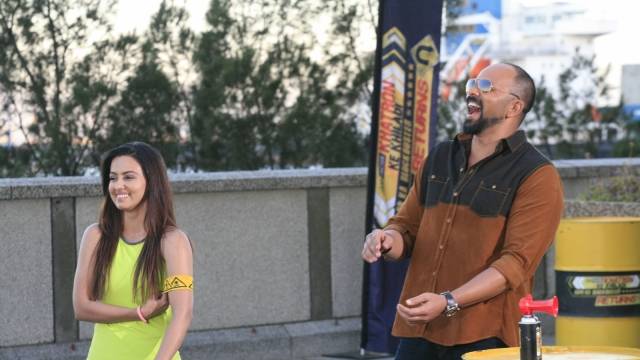 The filmy stunts of the show would highlight a stern stunt in which the KKK6 contestants would be seen harnessed and walking down the wall of a skyscraper. Contrarily, the other stunt would show Siddharth confronting his fear of snakes, in a car.

So are you ready to see the high on action and drama reality game show KKK6 today?

Get more about KKK6 show updates from Indian TV Serials.

Ek Veer Ki Ardaas, To Introduce a New Entry To The Show!